Samsung Galaxy M01 was earlier spotted on Geekbench with 3GB of RAM and 32GB storage for at least one variant. 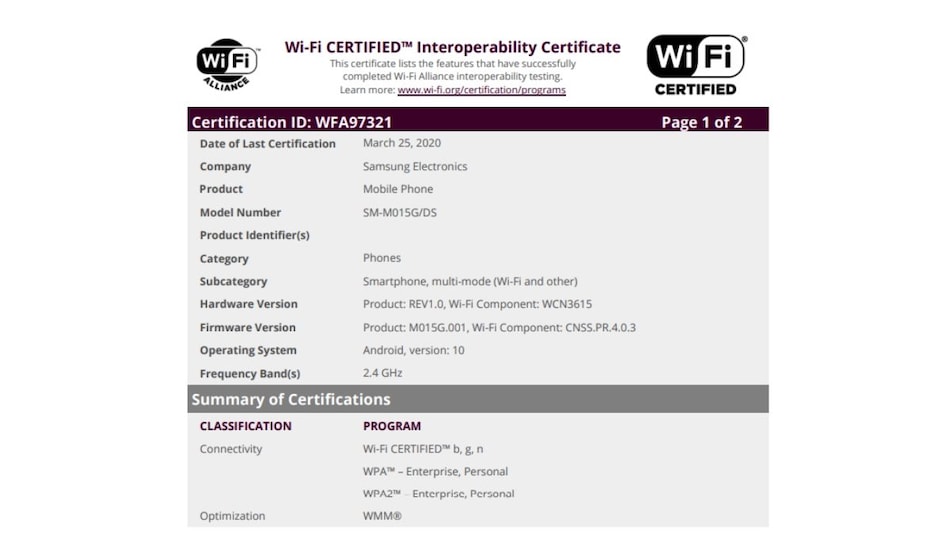 Samsung Galaxy M01 is said to be a budget offering in Samsung’s ‘M’ Series of smartphones.

The Wi-Fi Alliance certification, which was spotted by SamMobile report, shows the certification date of the Samsung Galaxy M01 as March 25. It shows that speculated Galaxy M01, listed as model number SM-M015G/DS , will support 2.4GHz frequency bands for Wi-Fi and will come with Android 10 out-of-the-box.

It was also reported that the Samsung Galaxy M01 might come with an option of 32GB of inbuilt storage and have three colour options. Further, another report had said that the CPU listing on Geekbench has the same description as the Snapdragon 439 SoC, which also powers the current budget offering from Samsung, the Samsung Galaxy A01, which was announced in December last year.