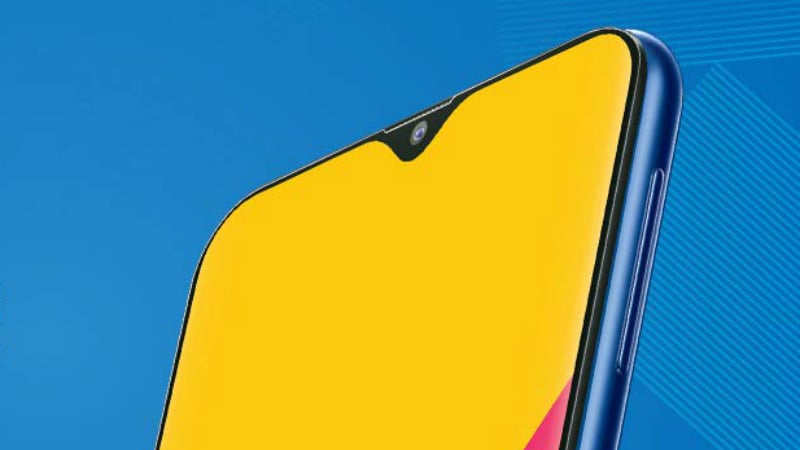 Samsung Galaxy M-series smartphones, the new models that are designed to take on Chinese rivals, have now been teased on Amazon.in. The online marketplace has featured a microsite to confirm the presence of an Infinity-V Display on the upcoming lineup. The Galaxy M lineup is likely to include three distinct models, namely the Galaxy M10, Galaxy M20, and Galaxy M30. Samsung is reported to launch the Galaxy M-series models in India with an as low price as Rs. 9,500. The formal launch of the Galaxy M series in the country has been set for January 28.

Among other features, the dedicated microsite on Amazon.in confirms an Infinity-V Display panel on the Galaxy M-series smartphones. This new type of display panel will sport a cutout for the selfie camera similar to the trending waterdrop-style notch, as announced at the Samsung Developer Conference (SDC) last November.

In addition to the new display type, at least one of the Galaxy M-series smartphones appears to sport a dual rear camera setup. The listing on Amazon.in has also confirmed a fingerprint sensor available at the back of at least one the new models. Further, it is said that the new models will come with a large battery pack and support three times faster charging - though it isn't clear what this is in comparison with.

The renders available on the Amazon.in microsite show the room for a USB Type-C port, 3.5mm headphone jack, and a bottom-placed loudspeaker grill. The new models are also touted to have a "powerful processor", though specifics around the SoC and the clock speed of the CPU are yet to be revealed.

Apart from being teased on Amazon.in, the Galaxy M series has been featured on the Samsung India site. Samsung on Monday confirmed that the new models will be available purchase through Amazon.in and its official online store. The South Korean giant is essentially targeting the upcoming phones at young millennial consumers in the country.

"Samsung's new range of Galaxy M smartphones come with a powerful display, powerful camera, powerful battery and a powerful processor helping the smartphones deliver power-packed performance for young millennials," the company had said in a press note shared on Monday.

Last year, it was reported that Samsung is planning to replace its Galaxy J-series lineup with the Galaxy M range. The new range is rumoured to have a variety of options with AMOLED and LCD display panels and up to 128GB of onboard storage options.

China to Collect Samples From Moon This Year, After Successful Chang'e-4 Lunar Probe Landing
Epic Games Store to Get Cloud Saves By February