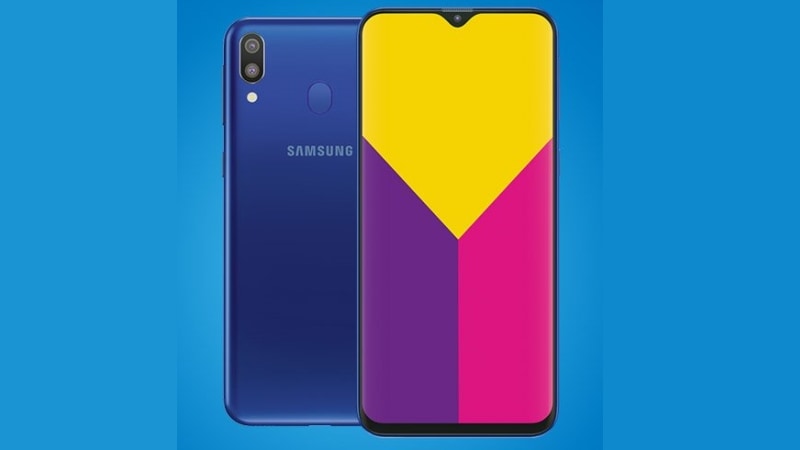 Samsung Galaxy M-Series smartphones are set to launch in India

Samsung's Galaxy M-series phones are set to be unveiled for the very first time. Galaxy M10 and Galaxy M20 are expected to launch in India, the first anticipated offerings in Samsung's recently announced but yet-to-be-unveiled new series of smartphone. The new 'India-first' smartphones are targeted a 'young millennials', the South Korean electronics giant claims, with 'powerful' batteries, cameras, displays, and processors. The Galaxy M10 and Galaxy M20 are the first anticipated launches, and the leaks around the smartphones have been quite detailed in terms of price and specifications. According to the company, the new Galaxy M-series smartphones will go on sale beginning February 5 via Amazon India and Samsung's online shop.

The Samsung Galaxy M20 on the other hand is reported to also run Android 8.1 Oreo, and sport a 6.3-inch full-HD+ (1080x2340 pixels) resolution. It's said to be powered by Samsung's Exynos 7885 SoC and come with 3GB and 4GB of RAM options. The Galaxy M20 is said to have a dual rear camera setup with a 13-megapixel primary sensor with an f/1.9 aperture and a 5-megapixel secondary sensor with an f/2.2 aperture. The 5-megapixel will reportedly be used to capture wide-angle shots. The Galaxy M20 is said to come with 32GB/ 64GB of inbuilt storage, and include a microSD card slot for memory expansion. It is said to feature a massive 5,000mAh battery with fast-charging support.

The Samsung Galaxy M-Series unveiling is set for 6pm IST, with the company featuring a 'notify me' option on Amazon India and its own online store - the platforms the series will be available from. The new smartphones will both go on sale on February 5 itself, Samsung confirmed when it announced the India-first series. As we mentioned, the Samsung Galaxy M20 and Samsung Galaxy M10 are expected to be launched, and we already know quite a bit about them thanks to numerous leaks in the past.