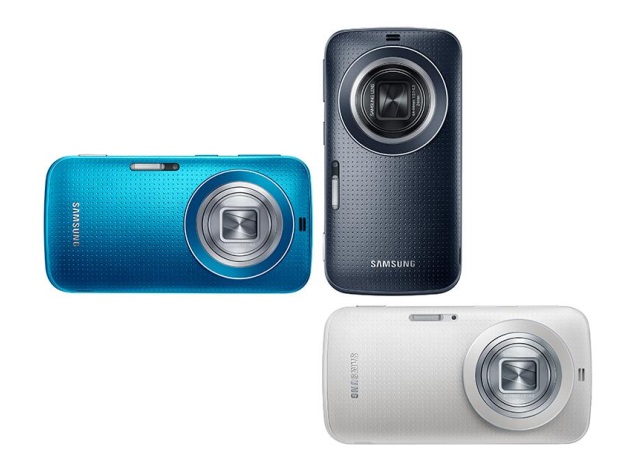 Samsung on Tuesday launched the much-anticipated camera-variant of the Galaxy S5, the Galaxy K zoom, at its 'Kapture the Moment' event at the Red Dot Design Museum in Singapore.Unfortunately, the South Korean giant has not announced any pricing and availability details of the Galaxy K zoom.

The Galaxy K zoom runs Android 4.4 KitKat, much like Samsung's 2014 flagship Galaxy S5. The new camera-centric smartphone is powered by a hexa-core processor (a quad-core 1.3GHz and a dual-core 1.7GHz), though the company has not revealed the exact chipset, currently thought to be the Exynos 5 Hexa SoC coupled with a Mali-T264 GPU. But we expect the Galaxy K zoom is powered by the same chipset seen first in Galaxy Note 3 Neo, the Exynos 5260.

Other specifications include 2GB of RAM, 8GB inbuilt storage expandable up to 64GB via microSD card, and a 2430mAh battery. The Galaxy K zoom will be available in two variants - LTE and 3G - while other connectivity options include Wi-Fi, Bluetooth, Micro-USB and NFC. 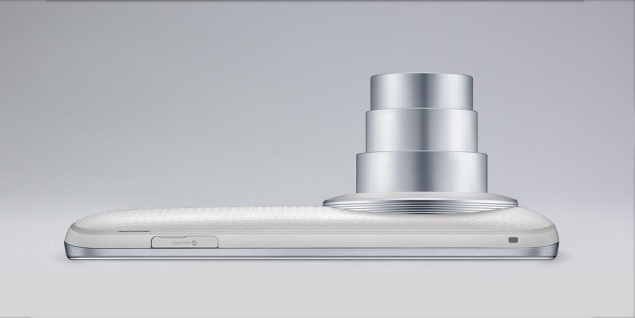 Commenting on the launch Sun Hong Lim, Senior Vice President of Mobile Communications Business at SamsungElectronics said, "With the introduction of the Galaxy K zoom, Samsung continues to demonstrate our commitment to creating products that meet the diverse demands of our consumers. The new Galaxy K zoom empowers users to effortlessly capture and share their most important everyday moments in stunning clarity, with the convenience and connectedness of a Galaxy smartphone, for a unique, all-in-one mobile experience."