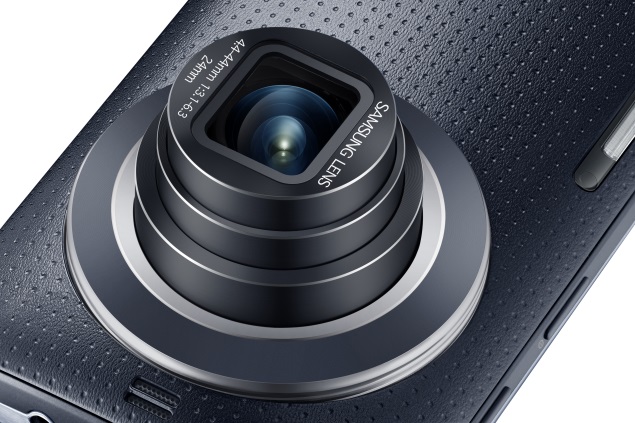 Samsung Galaxy S5's camera-variant, the Galaxy K zoom, is all set to enter the Indian market. Amazon India has confirmed the launch via a teaser image on its website and has also revealed that the handset will be exclusive to it.

The Amazon India teaser image shows a 'coming soon' tagline for the Samsung Galaxy K zoom with no word on the release date. Notably, the online retailer is also running a Galaxy K zoom contest for consumers that will end on July 13, which tips that the Galaxy K Zoom might see the light of the day in mid-July. The news broke out with a tweet from Amazon India about the new camera-focused handset.

Initially announced in April, the Galaxy K zoom is the second camera specialised-smartphone from the company, the first being the Galaxy S4 Zoom.

The Galaxy K zoom runs Android 4.4 KitKat, much like Samsung's 2014 flagship Galaxy S5 (Review | Pictures). Other specifications include a hexa-core processor (a quad-core 1.3GHz and a dual-core 1.7GHz), 2GB of RAM, 8GB inbuilt storage expandable via microSD card (up to 64GB), and a 2430mAh battery. The Galaxy K zoom will be available in two variants - LTE and 3G - while other connectivity options include Wi-Fi, Bluetooth, Micro-USB and NFC.