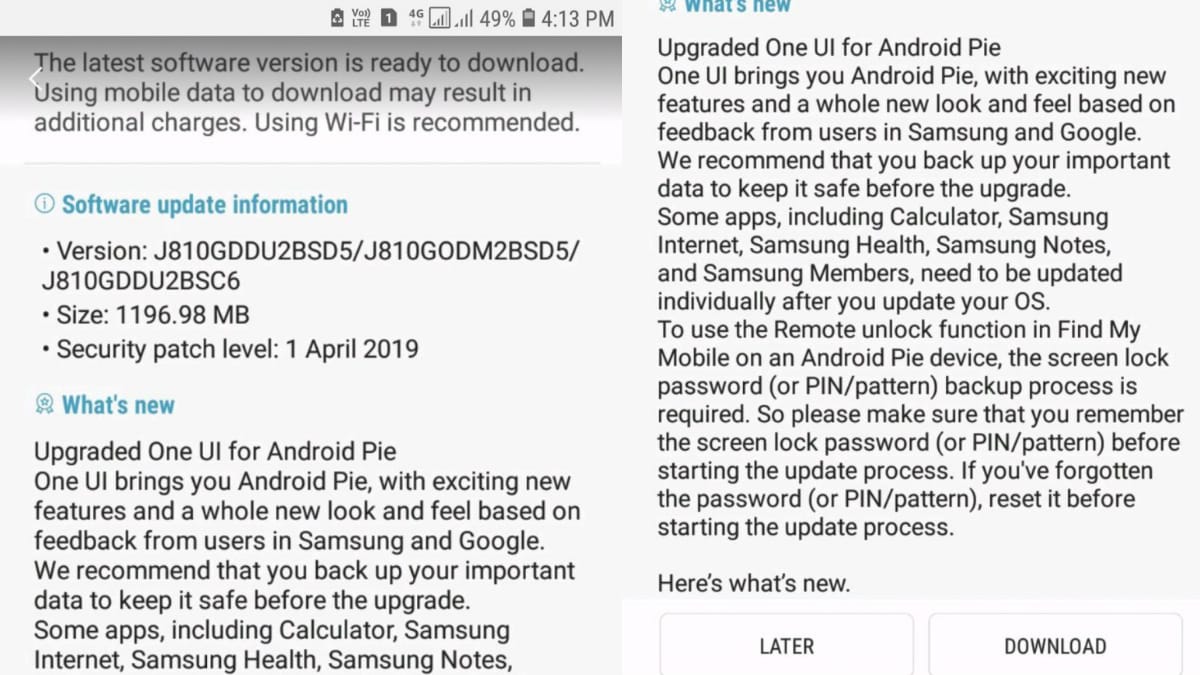 After the Samsung Galaxy J6 received the Android Pie update last week, the Samsung Galaxy J8 is now receiving the update in India. The Android Pie update for Galaxy J8 users globally began earlier this month, and now Indian users are reportedly finally getting the update. The update is 1196MB in size, so ensure that there is enough space in your storage, and install the update on a strong Wi-Fi connection and while the phone is on charge. The update also brings the April 2019 Android Security Patch.

Samsung Galaxy J8 Android Pie update for Indian users is reportedly rolling out, reports TizenHelp. The firmware version for the update is J810GDDU2BSD5/J810GODM2BSD5/J810GDDU2BSC6 and it brings with it Samsung's new One UI experience. The update is rolling out via OTA, but you can check for it manually by peeping into Settings > Software Update > Download Updates Manually. It should be a while before all users in India get the update.

Earlier this month, Samsung began the rollout of Android Pie for the Galaxy J8 with Russia receiving it first. It was rolled out to other select markets as well, and now India users are finally getting the update. The update, as mentioned, brings along the April 2019 Security Patch as well. Samsung recently rolled out the Android Pie update for Galaxy J6 users in India as well.

The Samsung Galaxy J8 was launched in India in June last year, and recently received a price cut as well. The Galaxy J8 debuted at Rs. 18,990 back in June but is now available at Rs. 15,990.