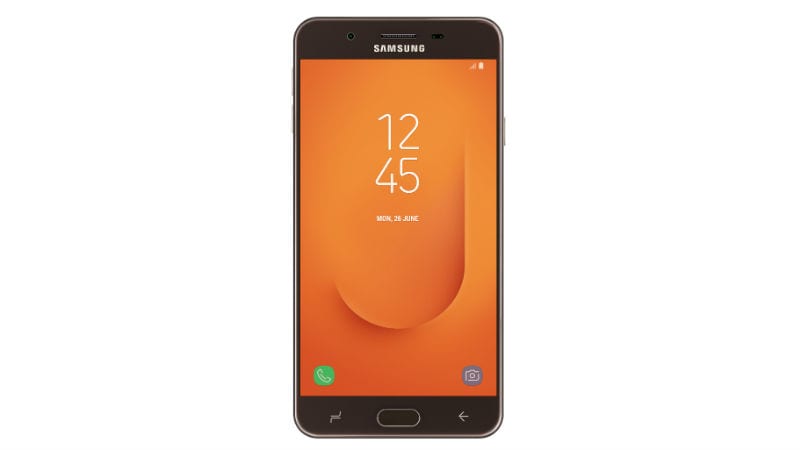 Galaxy J7 Prime 2, following a quiet launch by Samsung last week, is finally available to buy in India. The updated variant of the Galaxy J7 Prime is available via offline stores in the country from today, March 28. It will go on sale via the Samsung India website soon as well. The key highlights of the Galaxy J7 Prime 2 include an octa-core Exynos 7 Series SoC and a 13-megapixel front camera. It also comes with a front-mounted fingerprint scanner. It is also loaded with Samsung Pay Mini, which provides a platform for Unified Payments Interface (UPI) as well as e-wallets. Notably, the smartphone is available in Black and Gold colour variants.

The Galaxy J7 Prime is priced at Rs. 13,990 and will be sold via Samsung India's retail outlets across the country, apart from the Samsung India website - where it is still listed as 'sold out' with a 'Notify Me' tag.

The Samsung Galaxy J7 Prime 2 runs Android OS, though the version has not been specified by the company - we've reached out for clarity. The handset sports a 5.5-inch full-HD (1080x1920 pixels) display and is powered by a 1.6GHz octa-core Exynos 7 Series processor coupled with 3GB of RAM.

In terms of optics, the Samsung Galaxy J7 Prime 2 features a 13-megapixel primary camera on the rear with f/1.9 aperture and a 13-megapixel front shooter for selfies. It is capable of playing full-HD videos at 60fps. The smartphone packs 32GB of inbuilt storage that can be expanded via microSD card (up to 256GB).

Connectivity options in the smartphone include Wi-Fi 802.11 b/g/n, GPS, Bluetooth v4.1, headphones, 3G, and 4G. Sensors onboard the handset include accelerometer and proximity sensor. The Samsung Galaxy J7 Prime 2 is powered by a 3300mAh battery. It measures 151.7x75x8 and weighs 170 grams.