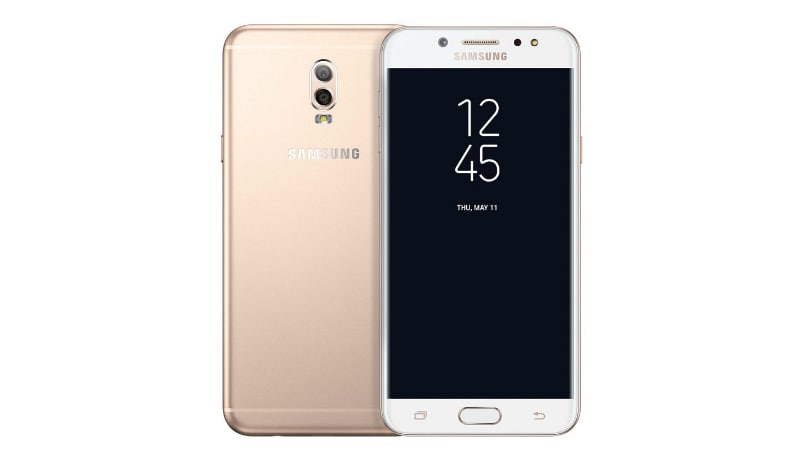 Samsung Galaxy J7+ became the latest entrant in the South Korean company's popular 'J' series of affordable smartphones. The Galaxy J7+ has only been listed on the official Thailand website for now, with the handset's specifications, price, and availability details for the Thai market released. However, there is no official word regarding its launch in other markets yet. The key features of the new Samsung Galaxy J7+ are the dual camera setup on the back, the presence of the Bixby Home app, and the option to run two WhatsApp accounts at the same time using the dual app function. As for the price, Galaxy J7+ costs THB 12,900 (roughly Rs. 24,800), and will hit the market on September 15.

Pre-orders for the Samsung Galaxy J7+ have already begun, and users who buy the smartphone before September 17 in Thailand can get the Samsung U Flex wireless earphones worth THB 2,490 (roughly Rs. 4,800) for free. Design wise, the smartphone takes on the company's standard aesthetic and form for the 'J' series, with a few changes here and there. It has a capsule-shaped dual camera setup at the back, a full metal body, and a fingerprint scanner underneath the home button in the front. The volume buttons are on the left edge, while the power button is on the right edge of the smartphone. The Samsung Galaxy J7+ has been made available in Black, Gold, and Rose Gold colour options.

As for specifications, the Samsung Galaxy J7+ runs on Android Nougat, and comes with a dual-SIM slot. It sports a 5.5-inch full-HD (1080x1920 pixels) Super AMOLED display, and is powered by a 2.4GHz Helio P20 octa-core processor paired with 4GB of RAM. Internal storage is at 32GB with the option to expand further using a microSD slot (up to 256GB).

Other features include multi-window support, dual app feature (two WhatsApp accounts can run simultaneously), always-on display for important notifications, and a secure folder to keep your apps and files private from privy eyes. There's no word on the international availability of the Samsung Galaxy J7+ smartphone as of now.