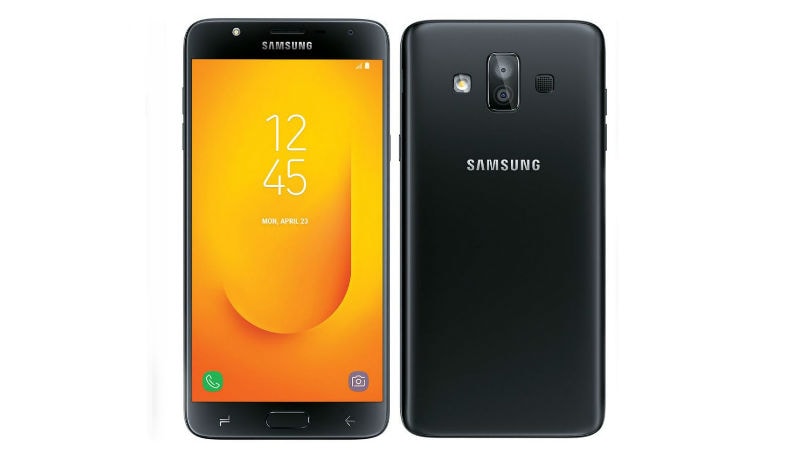 Samsung seems to be planning to bring AR Emoji support to its budget smartphone lineup, and the first smartphone to reportedly get it is the Galaxy J7 Duo. A new software update that brings the feature is said to be rolling out to the Samsung Galaxy J7 Duo users. The feature had debuted on the Galaxy S9 family earlier this year. Apart from improving the camera features with the company's AR Emoji, the latest update also brings the November Android security patch to the smartphone. Samsung has reportedly also improved the security of the handset and fixed a list of bugs to improve the overall experience.

As per a SamMobile report, the latest software update for the Galaxy J7 Duo is over 480MB in size. It comes with the build number J720FDDU3ARJ3. The update brings the November Android security patch, based on patch level dated 2018-11-01 that Google seems to have already released this month. If you still don't see the update prompt on your Galaxy J7 Duo handset, you can check, download, and install the update by going to Settings > Software Update > Download Updates Manually.

In addition to the November Android security patch, the software update for the Galaxy J7 Duo includes AR Emoji that is designed to counter Apple's Animoji. The feature lets you create your 3D virtual avatar that can be used as an emoji. You can personalise your AR Emoji by changing its hairstyle or clothes and share it as a GIF, photo, or video. Once you've installed the latest software update on your Galaxy J7 Duo, you can create your AR Emoji by tapping the AR Emoji option from the newest Camera app. Last month, Samsung had rolled out the feature to the Galaxy S8 as well.

The Galaxy J7 Duo appears to be the first handset in the company's J-Series to be receiving AR Emoji support. However, it is not clear if it will roll out to other smartphones in the lineup. To recall, the Galaxy J7 Duo was launched in India in April 2018 with a price tag of Rs. 16,990.