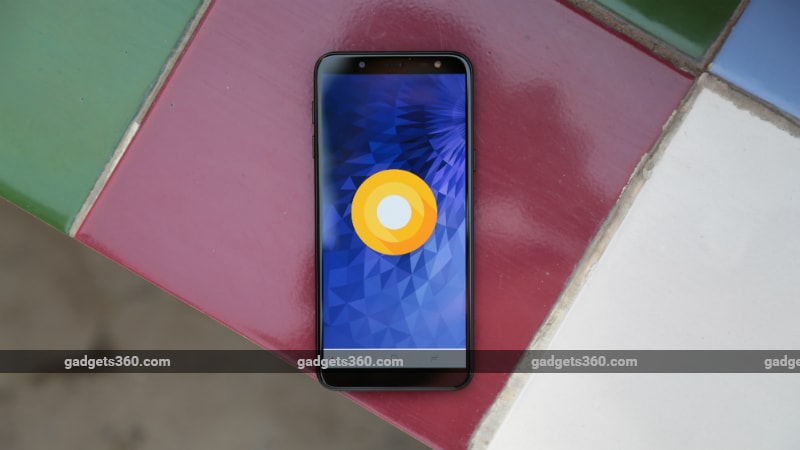 Samsung Galaxy J6 has received a price cut of Rs. 1,000 in India. The smartphone that was launched in the country back in May last year is now available with a starting price of Rs. 10,490. The new price drop comes months after Samsung slashed the price of the Galaxy J6, Galaxy J4, Galaxy J2 (2018), and the Galaxy J2 Core under its Diwali offer. Particularly, the Galaxy J6 is competing against the likes of the Asus ZenFone Max M2 and Redmi 6 Pro. Gadgets 360 has independently confirmed the price cut that was first reported by an established Mumbai-based retailer.

Online marketplaces such as Amazon.in, Flipkart, and the Samsung India e-Store are yet to list the new prices. However, Mumbai-based Mahesh Telecom reported the fresh price cut through a tweet posted on Friday and as we mentioned, we've been able to independently confirm the revised prices.

The new price cut follows the revision in the prices of the Samsung Galaxy A7 (2018) and Galaxy A9 (2018). Earlier on Friday, it was found that Samsung dropped the prices of both models by as much as Rs. 6,000.

To recall, the Samsung Galaxy J6 was launched in India back in May last year with a price tag of Rs. 13,990 for its 3GB RAM/ 32GB storage model, while its 4GB RAM/ 64GB storage variant debuted at Rs. 16,490. The South Korean giant in October reduced the prices under its Diwali sale and brought the Galaxy J6 down to as low as Rs. 11,490.

The dual-SIM (Nano) Samsung Galaxy J6 runs Samsung Experience based on Android 8.0 Oreo and features a 5.6-inch HD+ Super AMOLED 'Infinity Display' panel with an 18.5:9 aspect ratio. Under the hood, there is an Exynos 7870 SoC, coupled with 3GB and 4GB RAM options. The smartphone also has 32GB and 64GB of onboard storage options that both expansion via microSD card (up to 256GB).

Connectivity options on the Samsung Galaxy J6 include 4G VoLTE, Wi-Fi, Bluetooth, GPS/ A-GPS, MicroUSB port, and a 3.5mm headphone jack. Sensors on board include an accelerometer, fingerprint sensor, hall sensor, and a proximity sensor. The smartphone packs a 3,000mAh battery and measures 149.3x70.2x8.2mm.