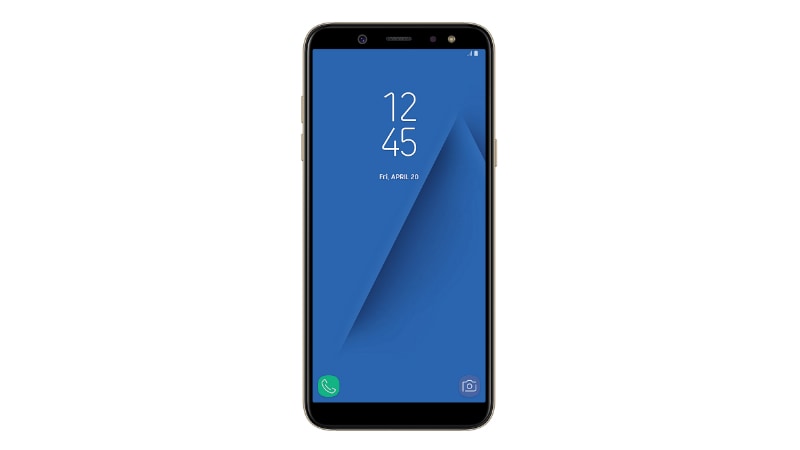 The Galaxy J6 and Galaxy J8 mid-range smartphones featuring the Infinity Display design and have been launched in India by Samsung. Both the Galaxy J6 and Galaxy J8 come with Android 8.0 Oreo out of the box, sport a plastic unibody design and an 18.5:9 Super AMOLED display that flows from edge-to-edge. The Galaxy J8 has a dual rear camera setup while the Galaxy J6 makes do with a single sensor. Both smartphones support Face Unlock and have Artificial Intelligence features like object and scene detection. At the launch event in Mumbai, Samsung also launched the Galaxy A6+ and Galaxy A6, which also feature similar Infinity Display design but with a metallic body.

Galaxy J6 sales start from May 22 via Paytm Mall, Samsung India E-Store and Flipkart, as well as Samsung retail stores. The Galaxy J8 goes on sale in the country on June 20; a Samsung spokesperson told Gadgets 360 it will announce later which sales the channels the handset will be available from. Buyers will be eligible for cashback of Rs. 1,500 on purchases made via Paytm Mall; the same cashback will be provided on units bought using ICICI credit cards. There will also be a one-time screen replacement offer on the handsets purchased by June 20, 2018.

Galaxy J6, Galaxy J8 specifications
The dual-SIM (Nano) Galaxy J6 runs Samsung Experience on top of Android 8.0 Oreo. The smartphone comes with a 5.6-inch HD+ Super AMOLED 'Infinity display' with an 18.5:9 aspect ratio. It is powered by the Exynos 7870 processor, paired with 3GB or 4GB of RAM. These come with 32GB or 64GB of internal storage respectively, and support storage expansion via microSD card (up to 256GB).

On the imaging front, the Galaxy J6 has a 13-megapixel rear camera with an aperture of f/1.9 and an 8-megapixel selfie shooter with an aperture of f/1.9. Both front and rear cameras are accompanied by a single LED flash. Connectivity options include 4G VoLTE, Wi-Fi, Bluetooth, GPS/ A-GPS, and a 3.5mm headphone jack. The smartphone has a non-removable 3,000mAh battery and a micro-USB port for charging and data transfers.

The dual-SIM (Nano) Galaxy J8 runs Samsung Experience on top of Android 8.0 Oreo. The smartphone comes with a 6-inch full-HD+ Super AMOLED 'Infinity display' with an 18.5:9 aspect ratio. It is powered by the octa-core Qualcomm Snapdragon 450 SoC coupled with 4GB of RAM. There is 64GB of internal storage which can be expanded via a microSD card (up to 256GB).

The Galaxy J8 has a dual camera setup on the back, with a 16-megapixel primary sensor and a 5-megapixel secondary sensor for depth-of-field effects. At the front is a 16-megapixel camera with an aperture of f/1.9. Both front and rear cameras have a single LED flash. Connectivity options include 4G VoLTE, Wi-Fi, Bluetooth, GPS/ A-GPS, a micro-USB port, and a 3.5mm headphone jack.

Both the Galaxy J6 and J8 support facial recognition and have a variable selfie flash which allows users to adjust the exposure while capturing selfies. The smartphones also have a feature called 'Chat over Video' that allows users to chat on WhatsApp and the default messaging app whilst watching videos. The feature, which Samsung claims has been developed by their Indian R&D team, overlays a translucent chat window and keyboard over the video being played. The handsets also come with a few memory management features like move to memory card, delete duplicate images, zip unused apps and delete saved APK files. The phones come with AI camera in the Samsung Mall, and Samsung Pay Mini for mobile payments.