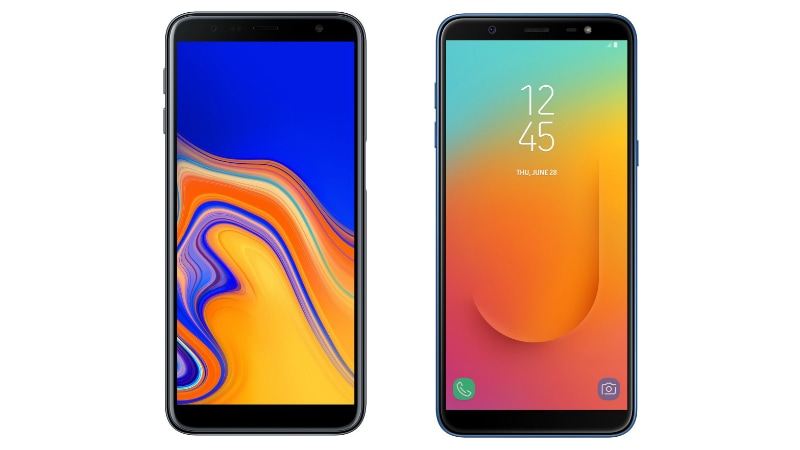 Samsung Galaxy J6+ and the Galaxy J8 prices have been slashed in India. With the new move, the Galaxy J6+ is now available at Rs. 14,490, while the Galaxy J8 comes with a new price tag of Rs. 15,990. Both Samsung Galaxy models feature 18.5:9 Infinity Display panels and a dual rear camera setup. There is also Samsung Experience UX on top of Android Oreo. Samsung has additionally provided a Live Focus feature that lets users bring focus to the foreground while blurring out the background using an on-screen slider.

As a result of the new price cut, the Samsung Galaxy J6+ that was launched at Rs. 15,990 in September is now available at Rs. 14,490. The Galaxy J8, on the other hand, debuted at Rs. 18,990 back in June but is now available at Rs. 15,990. The new prices are listed on Amazon.in and Flipkart, while the Samsung India e-Store is yet to receive an update in line with the latest price cut. We've reached to Samsung India for clarity on the price drops. Mumbai-based Mahesh Telecom first reported the new prices through a tweet.

The dual-SIM Samsung Galaxy J6+ runs Android 8.1 Oreo on top Samsung Experience UX and features a 6-inch HD+ (720x1480 pixels) Infinity Display with an 18.5:9 aspect ratio. Under the hood, there is a Qualcomm Snapdragon 425 SoC, coupled with 4GB of RAM. The smartphone has a dual rear camera setup that comprises a 13-megapixel primary sensor along with an f/1.9 aperture and a 5-megapixel secondary sensor along with an f/2.2 aperture. On the front, there is a 24-megapixel camera sensor with an f/1.9 aperture. Both rear and front camera modules have LED flash units.

The Galaxy J6+ has 64GB of onboard storage that is expandable via microSD card (up to 512GB). In terms of connectivity, there are options including 4G VoLTE, single-band Wi-Fi 802.11 b/g/n, Bluetooth v4.2, NFC, GPS, GLONASS, and a 3.5mm headphone jack. Onboard sensors on the Galaxy J6+ include an accelerometer, ambient light sensor, geomagnetic sensor, gyroscope, a proximity sensor, and a side-mounted fingerprint sensor. Besides, the smartphone packs a 3,300mAh battery and measures 161.4x76.9x7.9mm.