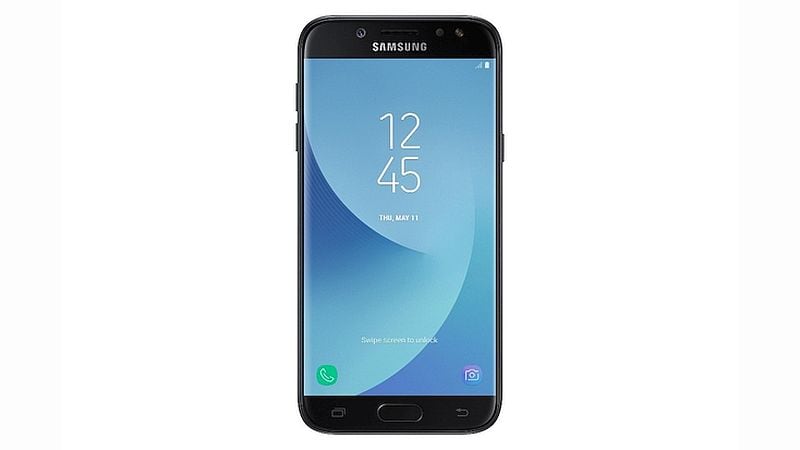 Samsung on Tuesday unveiled its new Galaxy J5 Pro smartphone which is an upgraded variant of the Galaxy J5 (2017). The new handset has been launched in Thailand and is priced at THB 9,990 (roughly Rs. 19,000).

Some of the big highlights of the new handset are its metal design, fingerprint sensor, VoLTE support, and the fact that it runs on Android 7.0 Nougat.

Coming to rest of the specifications, the Samsung Galaxy J5 Pro runs on Android 7.0 Nougat and sports a dual-SIM slot. It features a 5.2-inch HD (720x1280 pixels) Super AMOLED display and is powered by the 1.6GHz Exynos 7870 octa-core processor coupled with Mali T830 GPU. The handset supports expandable storage via microSD card (up to 256GB). As for optics, the Galaxy J5 Pro sports a 13-megapixel rear and front camera with LED flash on both sides. The rear sensor offers f/1.7 aperture while the front sensor offers f/1.9 aperture.

The smartphone packs a 3000mAh battery and connectivity options include 4G VoLTE, Wi-Fi 802.11 b/g/n, Bluetooth 4.1, Micro USB port, and GPS. Dimensions of the smartphone are at 146.3x71.3x7.9mm. Much like the Galaxy J5 (2017), the Galaxy J5 Pro features a fingerprint scanner at the front embedded in home button. The Thailand launch was first reported by Mobilexpose.