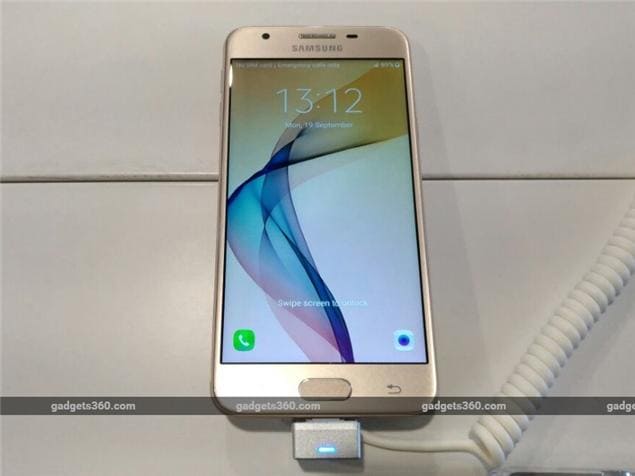 The Android 6.0 Marshmallow-based Galaxy J5 Prime is a dual-SIM phone with Nano-SIM card support. It sports a 5-inch HD (720x1280 pixels) display, and is powered by a 1.4GHz quad-core SoC that’s coupled with 2GB of RAM. The smartphone packs a 13-megapixel rear camera with an f/1.9 aperture and LED flash, apart from a 5-megapixel front-facing camera with an f/2.2 aperture.

The Galaxy J5 Prime comes with 16GB of inbuilt storage, expandable via microSD card (up to 256GB). Connectivity options include Wi-Fi, GPS, Bluetooth, FM, and 4G. As we mentioned, the smartphone is powered by a 2400mAh battery. It measures 142.8x69.5x8.1mm, and weighs in at 143 grams.

Tthe company is touting features like S Power Planning (a reserve battery technology for when the battery is running low) and S Secure (allowing users to lock/ hide apps, and more). The company has also detailed a Vodafone bundled data offer for Galaxy J7 Prime and Galaxy J5 Prime customers, wherein they pay for 1GB of data and get 9GB of data free over three months.