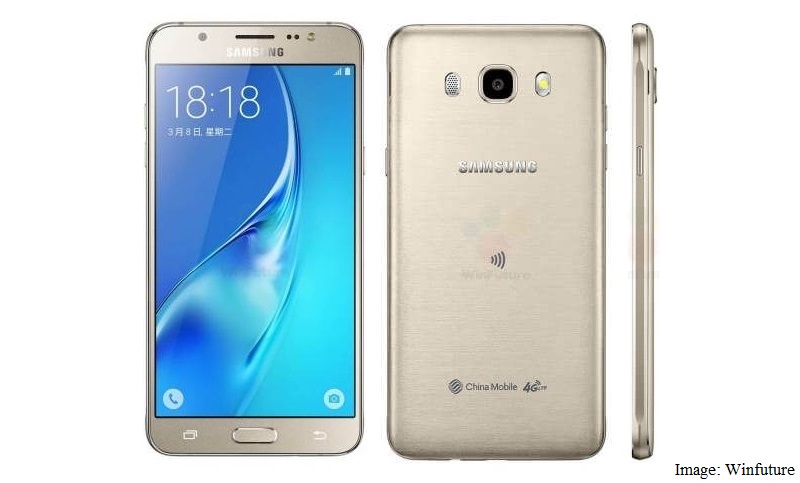 We have been witnessing leaks and rumours for the Samsung Galaxy J (2016) smartphone series for quite a while now. The handsets have already been leaked in images and have gone through some benchmarking websites as well. The Samsung Galaxy J5 (2016) has once again made the news with leaked images hitting the Web. The images give us a clearer picture of the smartphone's overall design.

The leaked images of the China Mobile version of the Samsung Galaxy 5 (2016), first spotted by Winfuture website (via GSMArena), suggest an inclusion of metal frame and a design similar to that of the premium Galaxy A (2016) lineup. It is worth mentioning that the previously leaked manual of the upcoming Galaxy J5 also hinted it to sport metal side frame. The manual also showed images of a removable back panel and the battery.

In the newly leaked shots a small notch on the back cover is visible, indicating it can be removed. The back cover is seen having a brushed metal texture as well. Images show the White and Gold colour variants of the smartphone.

As per latest reports, the Samsung Galaxy J5 (2016) features a 5.2-inch HD display. A recent Tenaa listing suggested the handset to include 2GB of RAM along with a 13-megapixel rear camera, and a 5-megapixel front-facing camera (with LED flash). The listing also shows the handset running Android 5.1 Lollipop out-of-the-box.

It is worth pointing out that while the Galaxy J5 2016 in the Tenaa listing images was seen featuring what appears to be a laser autofocus module along with the rear camera, in the latest leaked images the cut out now seems to include a speaker instead.