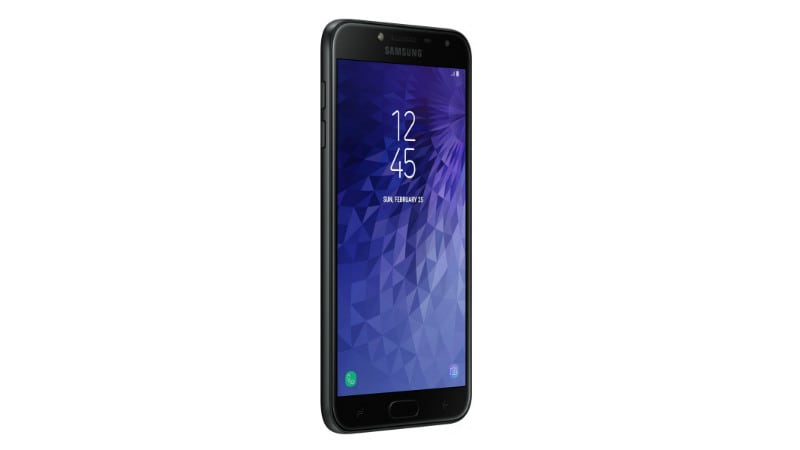 Alongside the formal debut of the new Galaxy A and J series models in India, Samsung has silently launched the Galaxy J4 as its newest affordable handset. The new smartphone is already listed in on the Samsung Pakistan site; separately, a Ukrainian retailer is also taking pre-orders for the smartphone with a price tag of UAH 4,799 (approximately Rs. 13,000) though it is not listed on the official Samsung Ukraine website. Notably, the Galaxy J4 doesn't have an Infinity Display panel that the newly launched Galaxy J6 and Galaxy J8 feature. However, the handset does run Android Oreo and comes with a selfie flash to target young audiences. Details about the global price and availability of the Galaxy J4 are yet to be revealed.

As per the official listing, the dual-SIM (Micro) Samsung Galaxy J4 runs Samsung Experience on top Android 8.0 Oreo and features a 5.5-inch HD (720x1280 pixels) Super AMOLED display. Under the hood, there is a 1.4GHz quad-core Exynos 7570 SoC, coupled with 2GB of RAM and Mali-T720 MP1 GPU. The handset has a 13-megapixel rear camera sensor that supports full-HD (1080p) video recording and is supported by an LED flash. On the front, there is a 5-megapixel camera sensor with an LED flash. Users have been provided with an ability to adjust flash intensity using three given levels of brightness. Further, there is a Story feature that lets users create various stories from their previous memories by adding background music and easily share them on social networks.

Samsung has provided 16GB of onboard storage on the Galaxy J4 that is expandable via microSD card (up to 256GB). The handset also has 15GB of cloud storage access via Samsung Cloud. In terms of connectivity, there is 4G LTE, Wi-Fi 802.11 b/g/n, Bluetooth v4.2, GPS/ A-GPS, Micro-USB, and a 3.5mm headphone jack. The smartphone packs a 3000mAh battery that is claimed to deliver up to 20 hours of talk time on a single charge. Besides, the smartphone measures 151.7x77.2x8.1mm and weighs 175 grams.