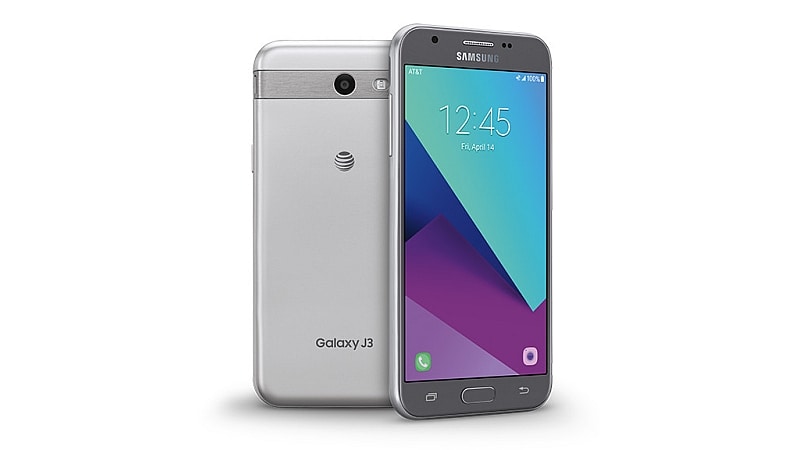 Samsung on Monday unveiled the latest offering in its Galaxy J-Series of budget-to-mid-range smartphones - the Samsung Galaxy J3 (2017). Launched with AT&T in the US, the smartphone is priced at $179.99 (roughly Rs. 11,500), and will be available online as well as via AT&T retail stores.

Running Android 7.0 Nougat, the Samsung Galaxy J3 (2017) sports a 5-inch HD (720x1280 pixels) display. It is powered by a 1.4GHz quad-core Samsung Exynos 7 Quad (7570) SoC, coupled with 1.5GB of RAM. It sports a 5-megapixel rear camera with LED flash and full-HD video recording at 30fps, while the front camera has a 2-megapixel resolution. The company is touting a Beauty Effect in Selfie mode.

The Samsung Galaxy J3 (2017) offers 16GB of inbuilt storage that's expandable via microSD card (up to 256GB). As for connectivity options, it supports 4G LTE, Wi-Fi 802.11 b/g/n, Bluetooth v4.2, and GPS/ A-GPS. Sensors on board include accelerometer, ambient light sensor, and proximity sensor.

Samsung recently launched its latest Tizen-powered smartphone, the Samsung Z4. After unveiling it globally on Friday, the company on Monday launched the smartphone in India, priced at Rs. 5,790. The smartphone is a budget offering that runs Tizen 3.0, sports a 4.5-inch WVGA (480x800 pixels) display, bears a front flash module, and supports 4G VoLTE. It comes with two back cases - Black and Gold - allowing users to switch colour variants based on their preference.