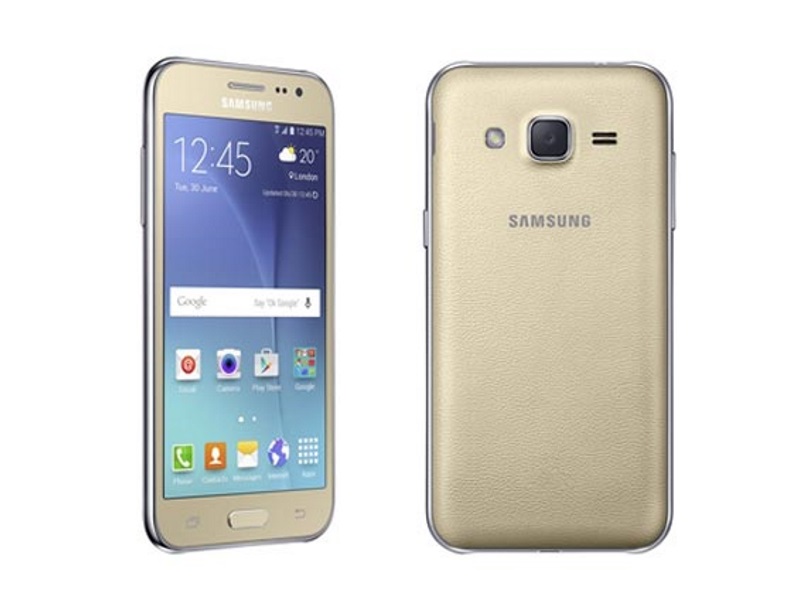 Samsung has launched its new Galaxy J2 smartphone, priced at Rs. 8,490. The new entry-level 4G smartphone will go on sale in India on September 21 and will be available via all retail channels.

The Samsung Galaxy J2, is the successor to the Galaxy J1, which was launched earlier this year. It will be available in Black, White, and Gold colours.

The company stresses that the new Galaxy J2 has been developed in the company's India R&D facility. One of the highlights of the new Galaxy J2 is the Ultra Data Saving mode powered by Opera Max which lets users allow or block individual apps from using mobile data and save data by enabling data optimization at the same time. The company claims that the Ultra Data Saving mode can provide up to 50 percent savings in data and can free up to 11 percent RAM.

For specifications, the Galaxy J2 features a 4.7-inch qHD (540x960 pixels) Super Amoled display. The handset is powered by a 1.3GHz quad-core Exynos 3475 processor coupled with 1GB of RAM. It packs 8GB of inbuilt storage which can be expanded via microSD card (up to 128GB).

The Android 5.1 Lollipop-based Galaxy J2 features the TouchWiz UI on top, and sports a 5-megapixel rear camera with LED flash. There is a 2-megapixel front-facing camera also on board. The smartphone supports dual-SIM and measures 136.5x69x8.4mm.

Much like the Samsung Galaxy J1, the new Galaxy J2 also supports 4G and supports LTE bands in India. Apart from 4G, other connectivity options include 3G, Wi-Fi, Bluetooth, GPS, and Micro-USB. The handset is backed by a 2000mAh battery.

Commenting on the launch, Asim Warsi, Vice President, Marketing, IT and Mobile, Samsung India said, "Samsung Galaxy J2, our entry level smartphone, has been specially made keeping in mind the Indian customer's sensibilities to make 4G accessible and relevant for all. The Galaxy S2 reinforces our commitment to 'Make in India'. Ultra Data Saving Mode, which is the key feature in the device, has been developed at our Indian R&D facilities to deliver the most cost efficient 4G device."

Goqii Review: A Remote Coach You Might Not Need
Snapdeal Counters Flipkart With 1-Hour Refunds