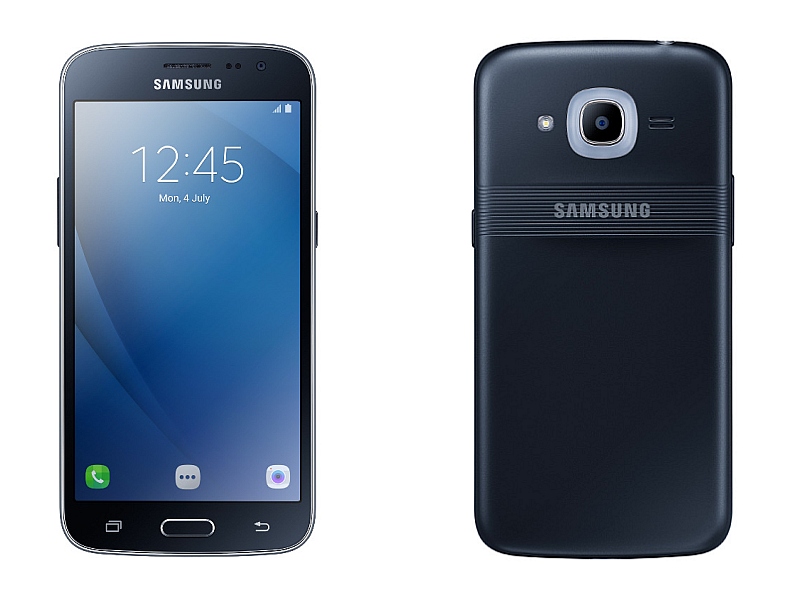 Samsung on Monday announced the launch of another smartphone in its Galaxy J series - the Galaxy J2 Pro. Like the Samsung Galaxy J2 (2016), which was launched earlier this month at Rs. 9,750, the Samsung Galaxy J2 Pro sports a Smart Glow notification light on the back panel, around the camera lens. It has been priced at Rs. 9,890, and will be available from Tuesday exclusively via Snapdeal in Black, Silver, and Gold colour variants.

Like the Galaxy J2 (2016), the Galaxy J2 Pro comes with the company's Turbo Speed Technology (TST), which Samsung says will to load apps up to 40 percent faster than devices with twice the memory, also shuts down idle processes to free available memory.

It sports an 8-megapixel rear camera with LED flash, and a 5-megapixel front facing camera. Both cameras feature an aperture of f/2.2. Other specifications of the Samsung Galaxy J2 Pro match with the Galaxy J2 (2016), including dual-SIM support (Micro-SIM and Micro-SIM), a 5-inch HD (720x1280 pixel) Super Amoled display, 1.5GHz quad-core processor, 4G LTE connectivity, and a 2600mAh battery.

Speaking on the launch, Manu Sharma, Vice President, Mobile Business, Samsung India, said, "Samsung is constantly in the pursuit of bringing meaningful innovation to consumers. The Galaxy J2 Pro with Turbo Speed Technology is designed to provide superior device performance. Furthermore, the Smart Glow feature is an industry first that not only enables automatic rear camera selfies but also provides a fresh new design element and a host of other utility features."
Affiliate links may be automatically generated - see our ethics statement for details.