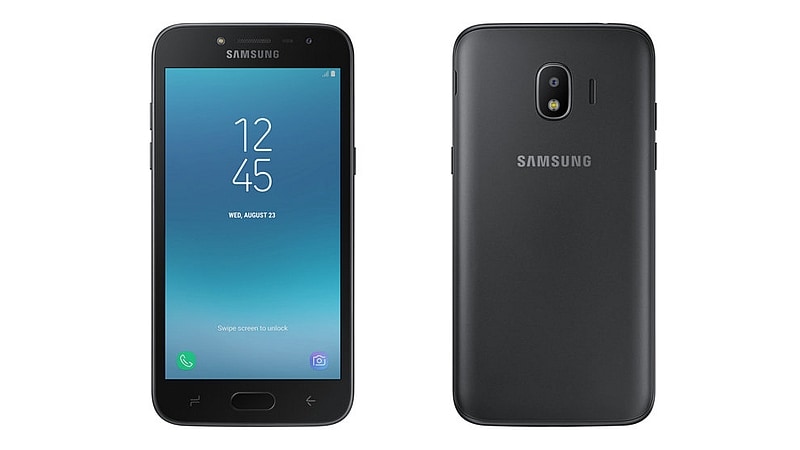 Samsung Galaxy J2 Pro (2018) has been launched, the latest budget smartphone offering from the South Korean consumer electronics giant. The smartphone has been made available in Vietnam for now, and there's no word as to when it will make its way to other markets. The Samsung Galaxy J2 Pro (2018) price has been set at VND 3,290,000, which translates to roughly Rs. 9,200 at the time of writing. The smartphone appears to be already available to buy in the country via offline retailers.

The Galaxy J2 Pro (2018) has been listed in Black, Blue, and Gold colour variants, while Samsung is touting the metallic finish on the budget smartphone. The smartphone has a Super AMOLED display, one of its highlights, and also has a front facing flash module for better selfies.

The dual-SIM (Micro) Samsung Galaxy J2 Pro (2018) runs Android 7.0 Nougat, with the company's own UI skinned on top. It sports a 5-inch qHD (540x960 pixels) Super AMOLED display. In comparison, the Samsung Galaxy J2 Pro featured an HD (720x1280 pixels) Super AMOLED display. It is powered by a 1.4GHz quad-core processor that is coupled with 1.5GB of RAM. It bears an 8-megapixel rear camera with flash, as well as 5-megapixel front camera with an f/2.2 aperture and its own flash module.

The Galaxy J2 Pro (2018) offers 16GB of onboard storage that is expandable via microSD card (up to 256GB). Connectivity options include 4G LTE, Wi-Fi 802.11 b/g/n, Bluetooth v4.2, GPS/ A-GPS, Micro-USB 2.0, and a 3.5mm headphone jack. Sensors on board include an accelerometer, ambient light sensor, and proximity sensor.