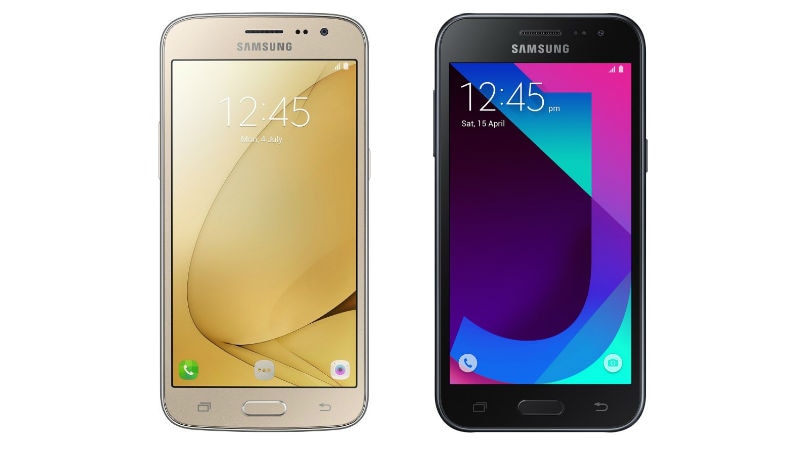 The price drop was first reported by an established Mumbai-based mobile retailer, Mahesh Telecom, through a tweet on Wednesday. Samsung has confirmed the price cut to Gadgets 360.

The new prices may help Samsung retain its share in the affordable smartphone market segment in India. In the recent past, models including the Galaxy J2 Pro and Galaxy J2 (2017) faced a tough competition from Chinese offerings such as the Xiaomi Redmi Y1 Lite and Redmi 5A. The company also lately brought the Galaxy J2 Pro (2018) with some tweaks to upgrade the user experience over the original Galaxy J2 Pro. But this new model is yet to reach the Indian market.

The dual-SIM Samsung Galaxy J2 Pro was launched with Android 6.0 Marshmallow. The smartphone features a 5-inch HD (720x1280 pixels) Super AMOLED display and is powered by a 1.5GHz quad-core processor, coupled with 2GB of RAM. It has an 8-megapixel rear camera sensor with an LED flash and a 5-megapixel front camera sensor. Both camera sensors have an f/2.2 aperture lens on top. Further, the handset has 16GB onboard storage that is expandable via microSD card (up to 128GB).

In terms of connectivity, the Galaxy J2 Pro has 4G LTE, Wi-Fi, Bluetooth, GPS/ A-GPS, and Micro-USB. The smartphone packs a 2600mAh battery and come with pre-installed features such as S bike mode and Ultra-Data Saving mode. Besides, it has a Smart Glow LED-notification system that sits on the back and can be activated from the Quick panel.

The dual-SIM Samsung Galaxy J2 (2017), on the other hand, runs Android 7.0 Nougat and has a 4.7-inch qHD (540x960 pixels) Super AMOLED display. The handset is powered by a 1.3GHz quad-core Exynos processor, paired with 1GB of RAM. It has a 5-megapixel rear camera sensor along with an LED flash and a 2-megapixel front camera sensor.