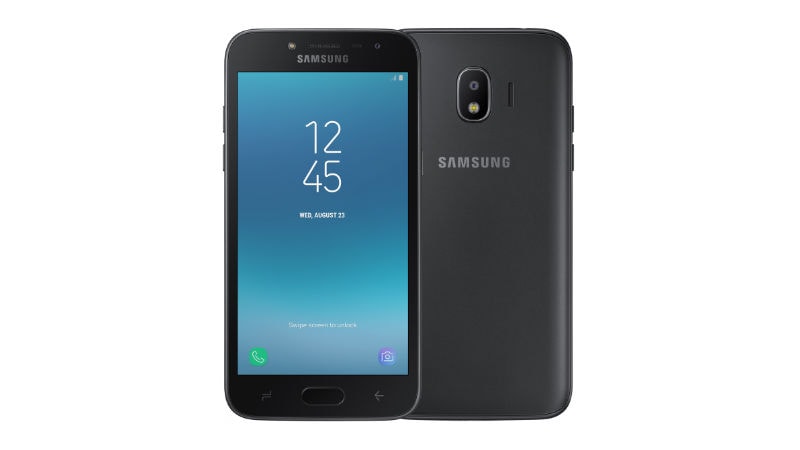 Samsung Galaxy J2 (2018) is back in the news just days after being leaked online. This time, the handset has been listed online by a Russian retailer, revealing all of the key specifications as well as the price. This leak corroborates the previous report, which also revealed the Samsung Galaxy J2 (2018) specifications and price. The upcoming Galaxy J2 (2018) has been listed in Black and Gold colour options, and with a price tag of RUB 7,990 (approximately Rs. 8,860), hinting the successor of the popular smartphone will be available at a similar price point.

Russia's BeCompact.ru has listed the Samsung Galaxy J2 (2018) with model number SM-J250F. The site is yet to start selling the new Samsung smartphone, but it presently shows that the dual-SIM Android smartphone features a 5-inch qHD (540x960 pixels) Super AMOLED display. It has a Qualcomm Snapdragon 425 (MSM8917) SoC with a quad-core 1.4GHz CPU, coupled with 1.5GB of RAM. The smartphone has an 8-megapixel rear camera sensor with an LED flash and a 5-megapixel front camera sensor with a selfie flash.

As a successor to previous Galaxy J2 model that had 8GB of storage, the Galaxy J2 (2018) has 16GB inbuilt storage that is expandable via microSD card. The new handset is also listed with connectivity options such as 4G VoLTE, Wi-Fi 802.11 b/g/n, Bluetooth 4.1, GPS/ A-GPS, and Micro-USB. It packs a 2600mAh battery and weighs 153 grams. Besides, the handset measures 144x72x8 mm.

It is expected that Samsung would announce the Galaxy J2 (2018) sometime in the coming weeks. Moreover, the South Korean company is also reportedly in plans to launch showcase 2018 edition of its Galaxy A series at Consumer Electronics Show (CES) 2018 next month.

In October, Samsung brought the Galaxy J2 (2017) to India as its affordable option. The smartphone, with a price tag of Rs. 7,390, offers a 4.7-inch qHD Super AMOLED display and a 1.3GHz quad-core Exynos processor with 1GB of RAM.