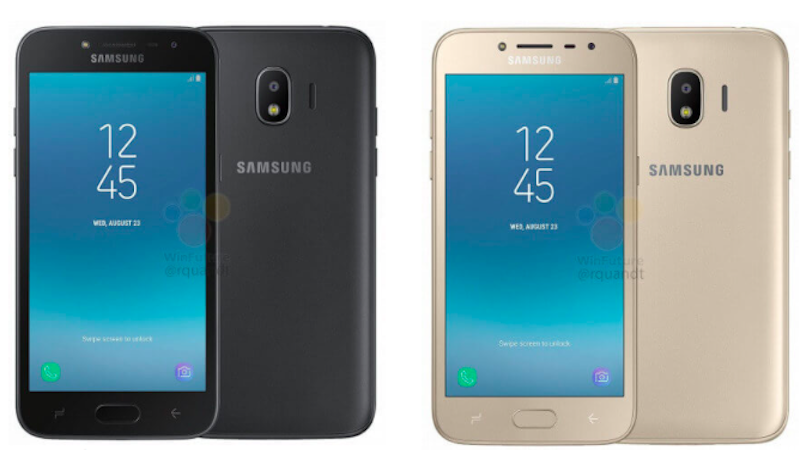 Within days of the launch of the Galaxy A8 (2018) and Galaxy A8+ (2018), product images of Samsung's Galaxy J2 (2018) have surfaced online. The upcoming budget smartphone will reportedly be launched in emerging markets as well as Russia in the coming weeks.

The anticipated Samsung Galaxy J2 (2018) with model number SM-J250 was leaked by WinFuture.de. The website also released supposed product images of the Samsung Galaxy J2 (2018), which reveal the smartphone from all angles. The phone is said to have a price tag of EUR 115 (roughly Rs. 8,730), placing it comfortably in the budget segment.

In the optics department, the Samsung Galaxy J2 (2018) might feature an 8-megapixel rear sensor and a 5-megapixel selfie camera. Both sensors are expected to have flash. The Galaxy J2 (2018) will reportedly have 16GB inbuilt storage expandable via microSD card.

Connectivity options on the phone are said to include Bluetooth 4.2, N-WLAN, LTE Cat 4, and Micro-USB. According to the report, there will be a removable 2600mAh battery under the hood. The Galaxy J2 (2018) is expected to have a weight of 153 grams.

The Samsung Galaxy J2 (2017) was announced in India in October this year. The smartphone sports a smaller 4.7-inch qHD Super AMOLED display. The smartphone was launched at Rs. 7,390.