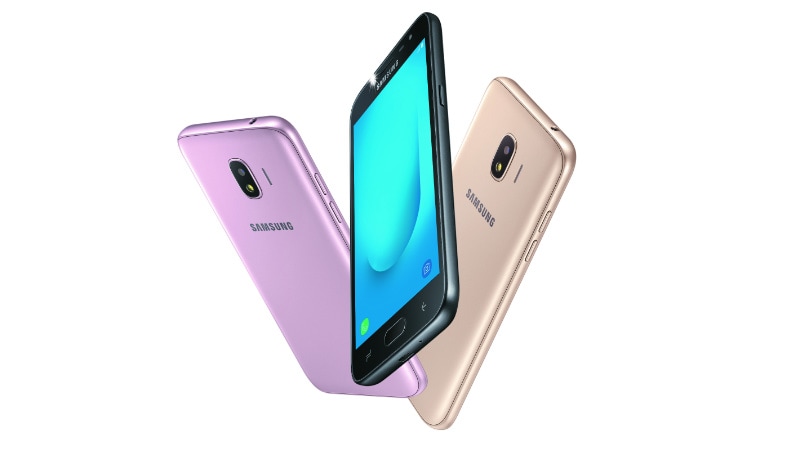 Samsung Galaxy J2 (2018) has been launched in India. The new smartphone, which is the successor to the Galaxy J2 (2017), comes preloaded with a Samsung Mall app that is claimed to use artificial intelligence (AI) to let users shop online by clicking a picture of their desired product. Samsung has also tied up with Reliance Jio to offer an instant cashback of Rs. 2,750 via the MyJio app on recharging with Rs. 198 or Rs. 299 packs. Further, customers would get an additional 10GB of data on every recharge for the next 10 recharges. The Galaxy J2 (2018) price in India is Rs. 8,190 and it will go on sale starting April 27 in Black, Gold, and Pink colour options. The Samsung Galaxy J2 (2018) is the Indian variant of the Galaxy J2 Pro (2018) that was launched in Vietnam earlier this year.

The availability of the Samsung Mall app on the Galaxy J2 (2018) brings three key features, including a Visual Search, One-stop Shop, and a Universal Cart. The app debuted on the Galaxy On7 Prime back in January and is touted to simplify users' shopping experience. The Galaxy J2 (2018) also comes with a 'Device Maintenance' feature that optimises its performance. Similarly, there is a memory-saving proprietary 'Move to Memory Card' feature that automatically directs content from social media apps to the external memory card.

The Galaxy J2 (2018) has an 8-megapixel camera sensor on the back, while a 5-megapixel camera sensor is available on the front. Both camera sensors are accompanied by an LED flash. The smartphone has 16GB of onboard storage that is expandable via microSD card (up to 256GB). The smartphone has Wi-Fi 802.11 b/g/n, Bluetooth v4.2, GPS/ A-GPS, and Micro-USB. Sensors on board include an accelerometer and a proximity sensor. Besides, the handset packs a 2600mAh battery and measures 143.8x72.3x8.4mm.

George R.R. Martin Announces Fire and Blood, a Game of Thrones 'Prequel', Out This November
Nokia CEO Says ZTE US Export Ban Could Help It Longer-Term