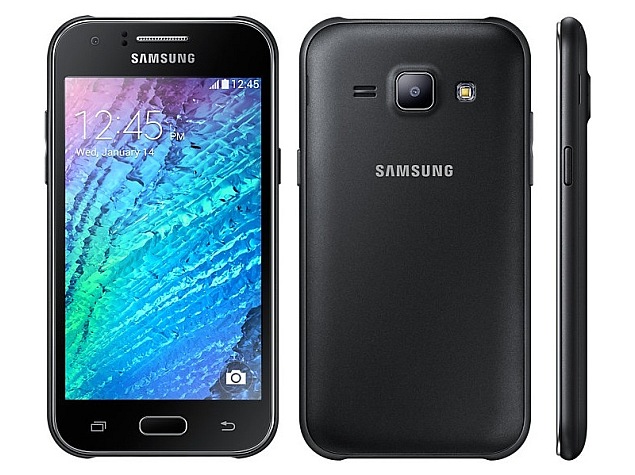 After several leaks, the Samsung Galaxy J1 has gone official with a listing on the company's Malaysian website. While the listing shows the specifications of Galaxy J1, it fails to reveal the price and the availability details of the smartphone. However, a Russian online retailer tipped the price of Galaxy J1 earlier this month as RUB 10,990 (roughly Rs. 10,000), which is yet to be confirmed.

The Galaxy J1 also sports a 5-megapixel autofocus rear camera with LED flash and a 2-megapixel front-facing camera, both of which feature CMOS sensors. The smartphone can also shoot videos in HD resolution at 30fps. The front-facing camera additionally boasts of a palm selfie feature that lets users click a selfie image using hand gestures. The Galaxy J1 features 4GB of inbuilt storage, which is expandable via microSD card (up to 128GB).

The connectivity features of the Samsung Galaxy J1 comprise Bluetooth 4.0, 3G, Wi-Fi, Wi-Fi Direct, and GPS. Measuring 129x68.2x8.9mm, the smartphone weighs 122 grams and is backed by an 1859mAh battery rated to deliver up to 9 hours of Internet usage and 10 hours of talk time in 3G. An Ultra Power Saving Mode is also available on the Galaxy J1 to extend the battery usage. The handset will be available in Black, Blue and White colour variants.