Samsung Galaxy Grand Prime with 5-Megapixel Selfie Camera to Be Launched at Rs. 16,000 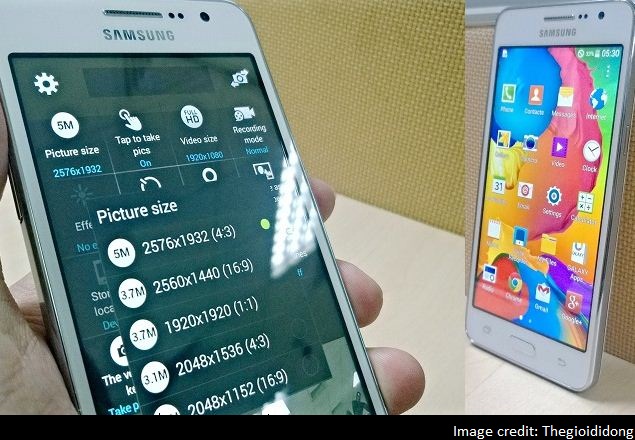 It seems Samsung is getting ready to launch the earlier tipped 'selfie-focused' smartphone called Galaxy Grand Prime in India, if an established Mumbai-based retailer is to be believed.

According to the retailer Mahesh Telecom's Facebook post on Monday, the Samsung Galaxy Grand Prime will be available in 2 days priced at Rs. 15,250 against the MRP Rs. 16,000.

The Galaxy Grand Prime will run Android 4.4 KitKat and pack a 5-inch qHD (540x960 pixels) TFT display. It is tipped to feature a 1.2GHz quad-core (unknown chipset) processor with 1GB of RAM.

The Grand Prime is said to have 8GB of internal storage with microSD card support (up to 64GB) and retailer also suggests that the Galaxy Grand Prime will come with support for 14 regional languages. The smartphone will feature a 2600mAh battery and is 8.6mm thick.

The Galaxy Alpha is powered by an octa-core chipset, with 2GB of RAM and 32GB inbuilt storage, which is non-expandable. The Galaxy Alpha sports a 12-megapixel rear camera and also includes 2.1-megapixel front-facing camera. It packs an 1860mAh battery.
Comments