Samsung Galaxy Grand Max has been officially launched in India. The smartphone will be available exclusively via online retailer Snapdeal in Grey and White colours at Rs. 15,990.

The Android 4.4.4 KitKat-based Galaxy Grand Max variant launched in India comes with dual-SIM (Micro-SIM) support, while the one launched in Korea earlier was a single-SIM smartphone.

Samsung Galaxy Grand Max bears 16GB of built-in storage that can be expanded via microSD card (up to 64GB). It features a 13-megapixel rear camera with CMOS sensor, LED flash, and a 5-megapixel front-facing camera that comes with 120 degree wide viewing angle lens. 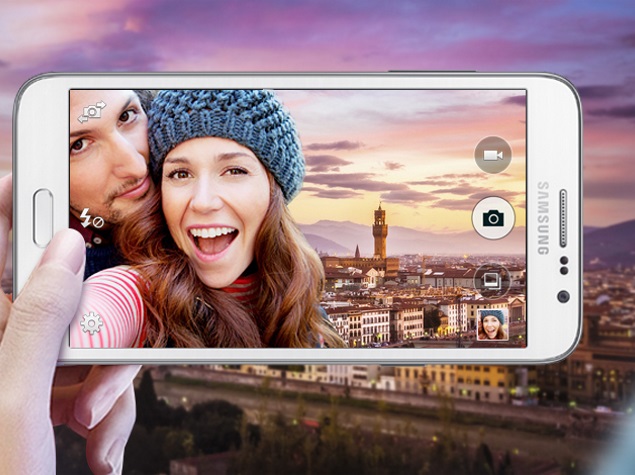 Samsung on Saturday officially listed the Galaxy A7 on its official India e-store at Rs. 30,499.

Note: An earlier version of this story had incorrectly mentioned that Samsung Galaxy Grand Max supports LTE. The error is regretted.