Samsung Galaxy Grand 2 coming to India in January; price not confirmed yet 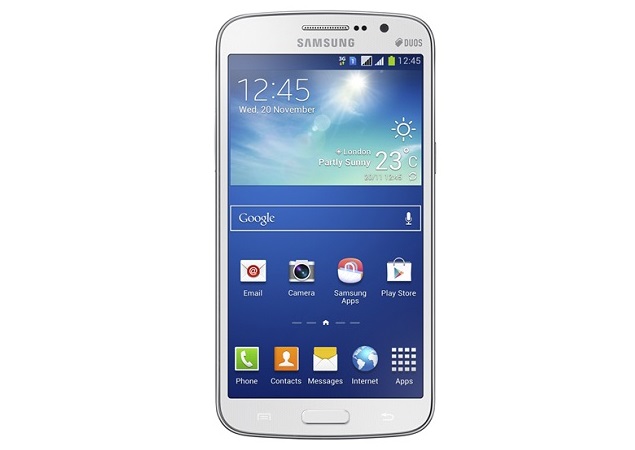 Samsung has launched the Galaxy Grand 2 in India, with a release in the first week of January. For now, the company has given a price range, and not a price to the Galaxy Grand 2, saying it will be available between Rs. 22,900 and Rs. 24,900.

The smartphone measures 146.8x75.3x8.9mm and weighs about 163 grams. The Galaxy Grand 2 packs a 2600mAh battery that can deliver up to 17 hours of talktime, although no standby time detailed.

The Samsung Galaxy Grand 2 will be available in Black, Pink and White colour variants in select regions.

Samsung has decided to pre-load the Galaxy Grand 2 with some of the popular apps seen on flagship smartphones, Galaxy S4 and Galaxy Note 3, like Story Album, which can organise pictures by timelines; S Translator, company's proprietary translation service; S Travel, which offers guides and travel details; Samsung Hub, company's own content service that offers access to music, videos and games.

The Galaxy Grand 2 also comes with Group Play, a feature first seen on Galaxy S4, which lets users play music or games together, as well as share documents.