Samsung Galaxy Folder with Android 4.2 may bring flip phones back in fashion 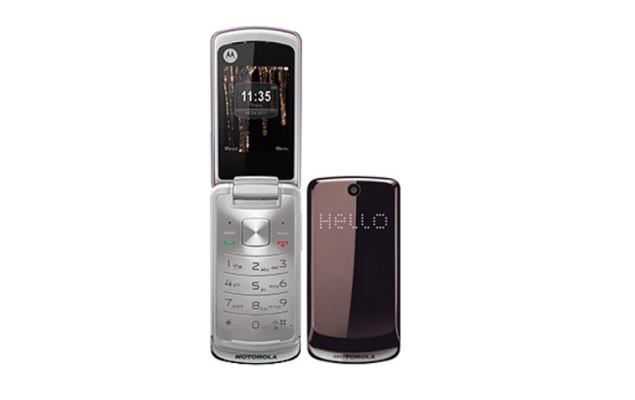 When you think about flip phones, perhaps the first phone that comes to mind is the Motorola RAZR. While the phone became very popular at the time, it's now passé. But if a rumour is to be believed, Samsung is working on a flip phone that will be based on Android.

According to a Korean site, DDaily the South Korean handset maker is all set to launch a flip phone with numeric keypad running Android 4.2 Jelly Bean soon. Reportedly, the company will first introduce the device in its home market i.e. South Korea and would be a low-end device. The phone is dubbed as Samsung Galaxy Folder and comes with model numbers SHV-E400S/ SHV-E400K.

The DDaily quotes a Samsung Electronics official saying that the Samsung Galaxy Folder will be released in August and would also support LTE.

While a Japanese blogging site, Blog of Mobile, reveals some specifications of the Galaxy Folder. Allegedly the Galaxy Folder flip phone will be based on the Android 4.2.2 Jelly Bean and will be powered by a dual-core Qualcomm Snapdragon S4 processor. The screen resolution is expected to be 480x800 pixels and would be a WVGA display. This report also claims a August release date.

However, it's not clear if the Samsung Galaxy Folder will combine a touch screen with the physical keypad, or abandon touch-based input completely.

If the Samsung Galaxy Folder is launched globally, then we can expect flip phone lovers to get a credible option after a long time as now the market is dominated by touchscreen devices. In fact even phones with physical keyboards/ keypads have seen a decline in numbers with companies like BlackBerry launching Z10 and Nokia releasing Asha and Lumia range of devices with focus on full-touch support rather than physical keyboards. It will be interesting to see whether Samsung can revive the flip phone era or the device will be a victim to the dominant touchscreen segment.