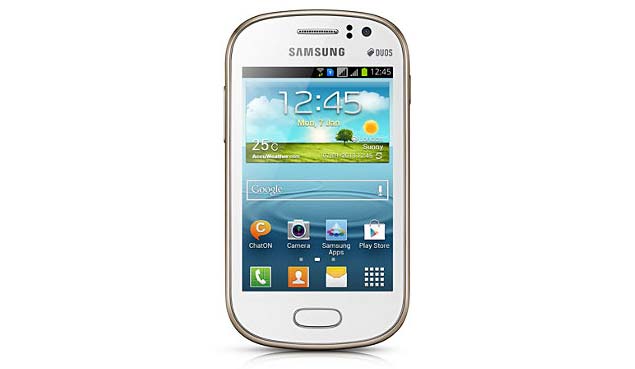 Retailer Mahesh Telecom tweeted the prices for both these smartphones. According to the tweets, the entry-level Samsung Galaxy Fame duos will be available for Rs. 10,999. Samsung Galaxy Win duos on the other hand will be offered at the best buy price of Rs. 18,300.

Samsung Galaxy Fame duos is a dual-SIM smartphone that packs in a 1,300 mAh battery. The smartphone is 11.6 mm thick and weighs 120 grams. This smartphone is likely to compete head-on with the recently launched Sony Xperia E duos smartphone.

This smartphone has also been listed on the Samsung India website but its price has not been mentioned. Samsung Galaxy Fame duos will be available in two colour options - White and Blue.

Samsung Galaxy Win duos is also a dual-SIM smartphone, which comes with a quad-core 1.2GHz Qualcomm Snapdragon 200 processor with 1GB of RAM. The smartphone offers 8GB of internal storage, which can be expanded by up to 32GB through a microSD card. It has a 4.7-inch WVGA TFT display. The smartphone comes with a 5-megapixel rear camera and a VGA front camera. It runs on Android 4.1 Jelly Bean out of the box. There is a 2,000mAh battery on-board.

There is no word on when both these smartphones will be launched officially but it should happen soon given that the smartphones are already reaching the retailers.

I was discovered by an algorithm
Google Now comes to iPhone, iPad as an update to Google Search app