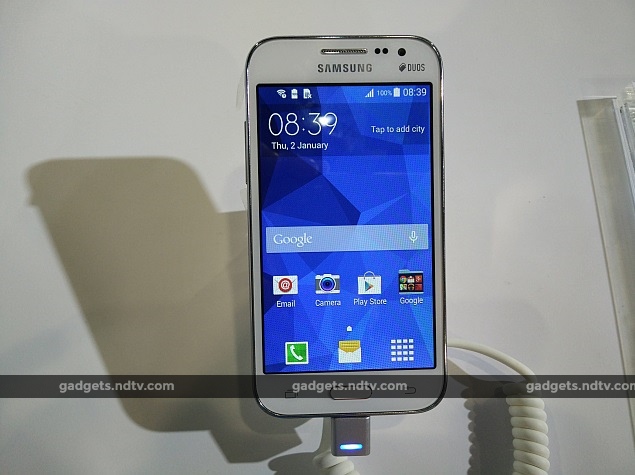 It's worth noting that the Samsung Galaxy Core Prime 4G, as of now, is not listed on the company's India e-store.

The Samsung Galaxy Core Prime 4G, much like its 3G variant, runs Android 4.4 KitKat and features dual-SIM support, a 4.5-inch WVGA (480x800 pixels) PLS (plane-to-line switching) TFT LCD display, and a 1.2GHz quad-core processor coupled with 1GB of RAM. It comes with 8GB of inbuilt storage, and supports expandable storage via microSD card (up to 64GB). The smartphone sports a 5-megapixel rear camera with LED flash and also packs a 2-megapixel front camera on board.

Last month, Samsung silently launched its Grand Neo Plus smartphone, which was listed on the company's official online India store priced at Rs. 9,999.