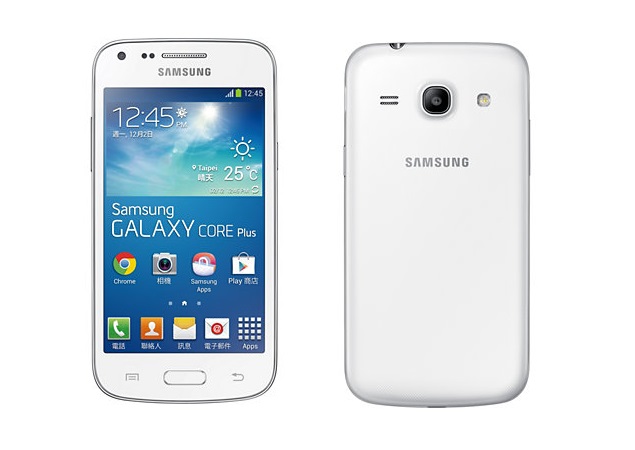 The Samsung Galaxy Core Plus has been priced at 7,990 Taiwan Dollars, which translates roughly to Rs. 17,050 for the off-contract model. There is no official word from Samsung about the availability of Galaxy Core Plus for other markets.

Surprisingly, the Galaxy Core Plus comes with some disappointing specifications when compared to its predecessor, which is a change from the upgraded specification paradigm that's almost set for handsets by OEMs.

The Galaxy Core Plus offers 4GB of inbuilt storage (compared to the 8GB on the Galaxy Core) which can be expanded up to 64GB with a microSD card. It also offers Wi-Fi, Bluetooth 3.0 and GPS connectivity options. The phone comes with an 1800mAh battery.

Earlier, Samsung launched the Galaxy Core mid-range Android smartphone for the Indian market in May this year.