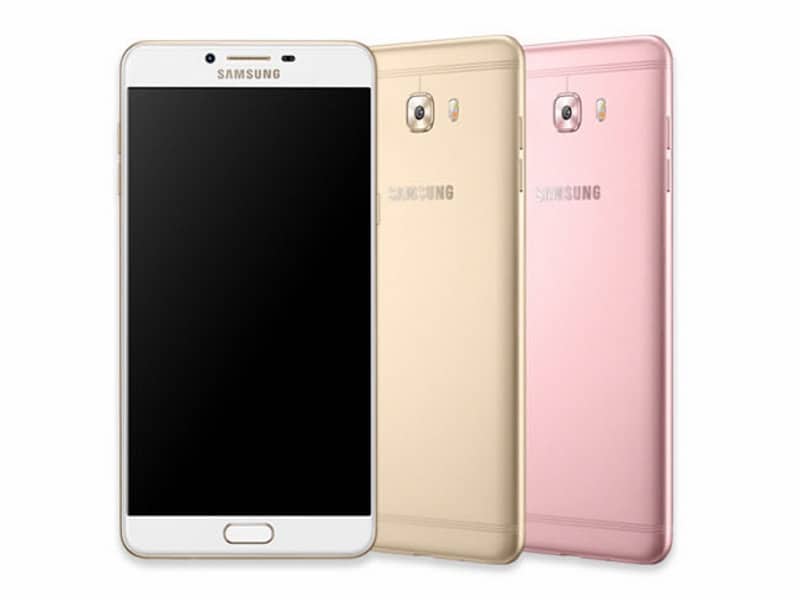 Samsung is all set to launch a new smartphone in China on Friday, widely expected to be the Galaxy C9. The company is also anticipated to launch a variant called the Galaxy C9 Pro. Now, just hours ahead of the launch, the latter phone has been listed on major Chinese online retailer T-Mall. The listing is complete with price, specifications, and images. The smartphone is not yet available to buy.

The dual-SIM (Nano+Nano) Samsung Galaxy C9 Pro sports a CNY 3,199 (roughly Rs. 31,700) price tag, and runs on Android 6.0 Marshmallow. There are several highlights of the smartphone - such as a 6-inch full-HD (1080x1920 pixels) Amoled display, 6GB of RAM, and a 4000mAh battery with fast charging support. The smartphone is listed in Gold and Rose Gold colour variants.

The Galaxy C9 Pro is powered by an octa-core Snapdragon 653 processor, which was unveiled by Qualcomm at its 4G/5G Summit event in Hong Kong earlier this week, sporting four Cortex-A72 cores clocked at 1.95GHz and four Cortex-A53 cores clocked at 1.44GHz. It bears a 16-megapixel rear camera with dual-LED flash and an f/1.9 aperture, and a 16-megapixel front-facing camera - another highlight of the smartphone.

The smartphone also bears a fingerprint sensor on its home button. The Samsung Galaxy C9 Pro comes with 16GB of inbuilt storage that's expandable via microSD card (up to 256GB). Connectivity options on board include 4G LTE, Wi-Fi 802.11ac, NFC, USB Type-C, a 3.5mm headphone jack, and Bluetooth v4.2. It weighs in at 185 grams, and measures 162.80.7x6.9mm.