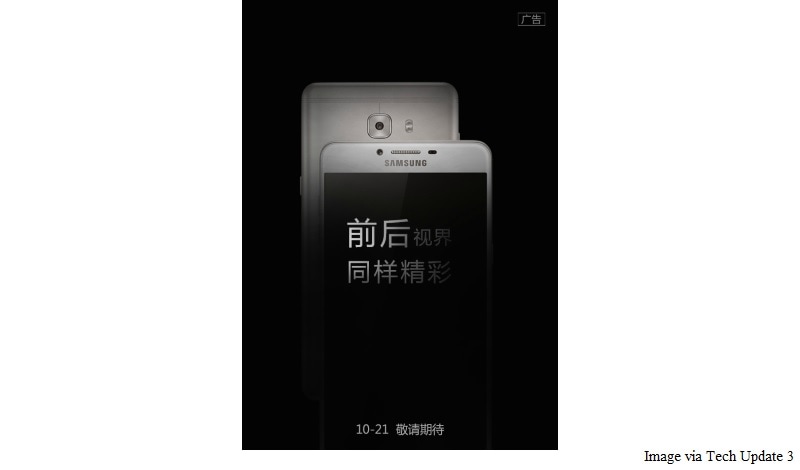 Samsung's upcoming smartphone Galaxy C9 has been teased by the company yet again and with the new teaser, the South Korean company has finally revealed the launch date for the device. As per the teaser posted by the company on Chinese micro-blogging site Weibo, the device will be officially unveiled on October 21.

Samsung Galaxy C9 launch has been rumoured for more than a month and the smartphone has been spotted on benchmark websites. The smartphone has reportedly also passed Tenaa, the Chinese telecommunication certification authority.

The Tenaa listing spotted earlier suggests that the smartphone will sport a full-HD (1080x1920 pixels) Amoled display and will run on Android 6.0.1. The listing also tipped the smartphone to include features like 4G LTE, Wi-Fi, NFC, GPS, and a fingerprint scanner.

Some leaks have also suggested the launch of 'Galaxy C9 Pro' alongside the launch of Galaxy C9 but there has not been much information about that device.