Samsung Galaxy C8 Is the Latest Phone With Facial Recognition, Dual Cameras on the Back 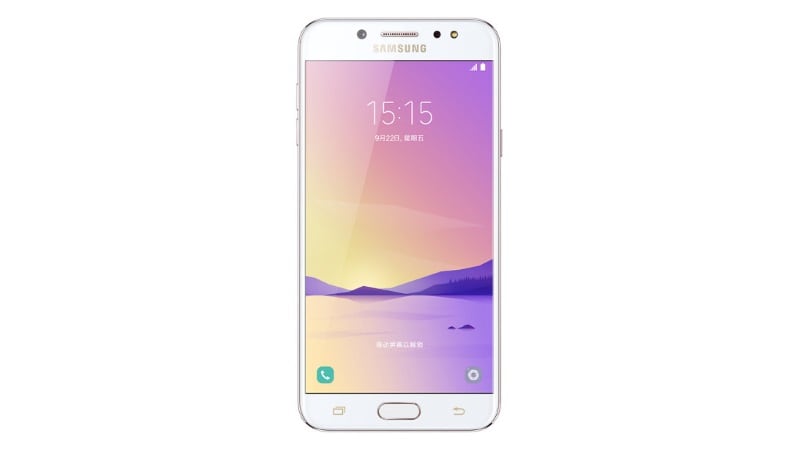 Samsung Galaxy C8 has become the latest smartphone on the market with facial recognition technology to unlock the handset using the user's face, something the South Korean giant is promoting heavily these days. Two Galaxy C8 variants have been launched - one with 3GB RAM and 32GB storage, and another with 4GB of RAM and 64GB built-in storage. The Samsung Galaxy C8 price and availability details have not been officially announced yet. Apart from the facial recognition feature, the new Samsung phone also features dual cameras on the back, and comes with 'Dual Photo' mode that allows users to adjust the focus even after clicking the images. It also comes with an always-on display as well.

Moving on to the specifications, the dual-SIM Samsung Galaxy C8 sports a 5.5-inch full-HD (1080x1920 pixels) Super AMOLED display. The new Samsung smartphone is powered by an unspecified octa-core processor (with 4 cores clocked at 1.69GHz and the other 4 clocked at 2.39GHz). As mentioned earlier, the handset is being offered in two memory variants with either 3GB or 4GB of RAM. The storage on both variants is further expandable, via microSD card (up to 256GB), in a hybrid dual-SIM configuration.

BSNL Corporate Email Service Starts for Re. 1 Per Day
Samsung Galaxy Note 8 to Launch in India on September 12, the Same Day as iPhone 8 Global Unveiling