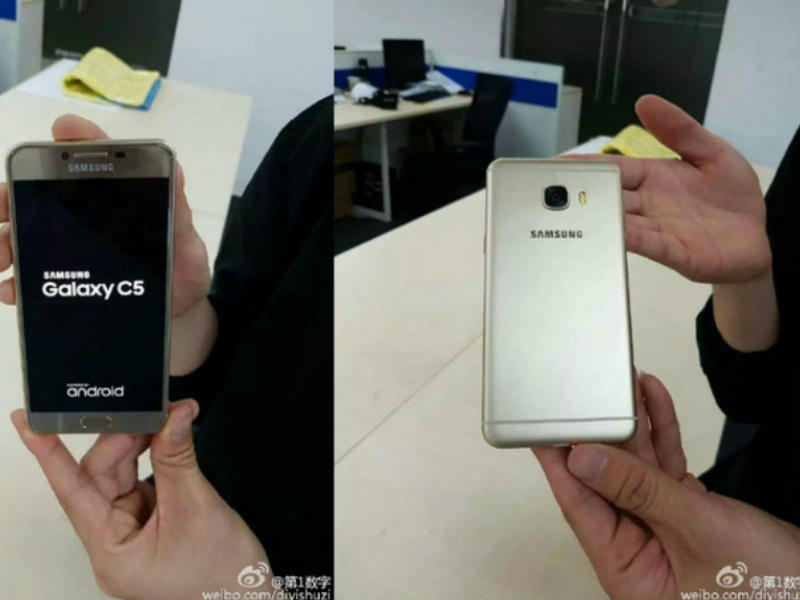 Samsung has been rumoured to be working on a new C-Series of smartphones, and now new leaks have emerged online adding more credibility. Unlike previous reports, the new information reveals that Samsung is planning to launch two metal-clad C-Series smartphones - namely the Galaxy C5 and Galaxy C7.

The leak out of China includes pricing information price of the two smartphones, as well as specifications. The Galaxy C5 is pegged to be priced at CNY 1,599 (roughly Rs. 16,400), while the Galaxy C7 is said to be priced at CNY 1,799 (roughly Rs. 18,500). Android Headlines reports that both the smartphones will have dual-SIM support, a metal unibody, and will be around 6 to 7mm thick. Additionally, the two smartphones will come with Samsung's Ultra High Quality Audio (UHQA).

Both the smartphones will be powered by the 64-bit Snapdragon 617 octa-core processor paired with a hefty 4GB of RAM. Talking about optics, the report states that the Galaxy C5 and Galaxy C7 will sport a 16-megapixel rear camera, and an 8-megapixel front shooter.

The storage space is reported to be at 32GB on both the smartphones, and they are expected to be available in Silver, Gold, Pink and Gray colour variants. The Galaxy C5 and Galaxy C7 will reportedly also only be sold online, unlike most of Samsung's other smartphones which reach out to both online and retail markets. A previous leak also suggests that the Galaxy C5 may run on Androind 6.0 out-of-the-box. However, we recommend you to take all of these details with a slight pinch of salt, till the official details are announced by Samsung.
Comments