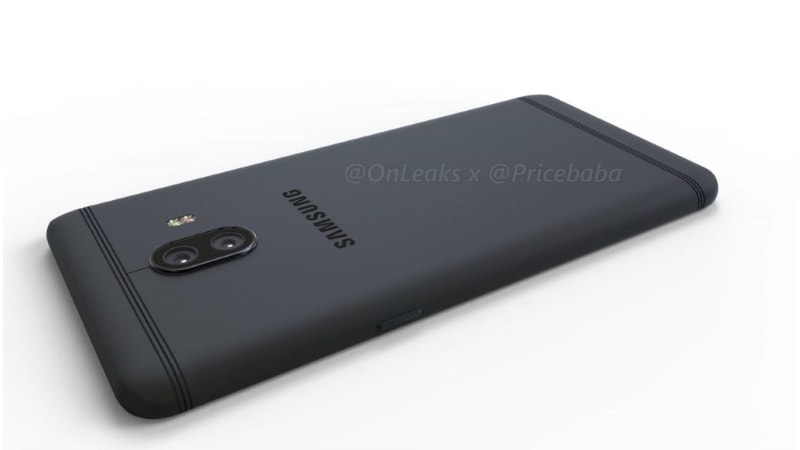 Earlier this month, a leaked render indicated that the rumoured Samsung Galaxy C10 might beat the Galaxy Note 8 to become the first smartphone from the company to feature a dual camera setup. It seems that this might indeed be the case as another leaked render of the upcoming Samsung smartphone suggests that the phone will feature two camera sensors at the back.

The newly leaked Samsung Galaxy C10 renders, obtained by OnLeaks and PriceBaba, interestingly show a different camera setup design than the one shown in previous renders. As per the new renders, the LED flash will be situated on the side of the dual cameras while the earlier renders suggested that LED flash is situated right between the two cameras.

Notably, the antenna lines and rest of the Samsung Galaxy C10's design are almost similar in both earlier and newly leaked images. While the previous render only showed a certain portion of the smartphone, new renders show the Galaxy C10 in its full glory from front as well as back. The smartphone can also be seen sporting a USB Type-C port as well as a 3.5mm headphone jack right beneath the oval-shaped home button at the front. Notably, there is a button right beneath the volume rocker, which has been speculated to be for Bixby digital assistant.

The Samsung Galaxy C10 is expected to feature a 5.5-inch display and in terms of dimensions, the phone is expected to measure 152.5x74.8x7.68mm, as per the PriceBaba report.