Samsung Galaxy Buds+ is reported to come in three colour options – Black, Light Blue, and White. The earbuds are tipped to sport physical buttons as well. 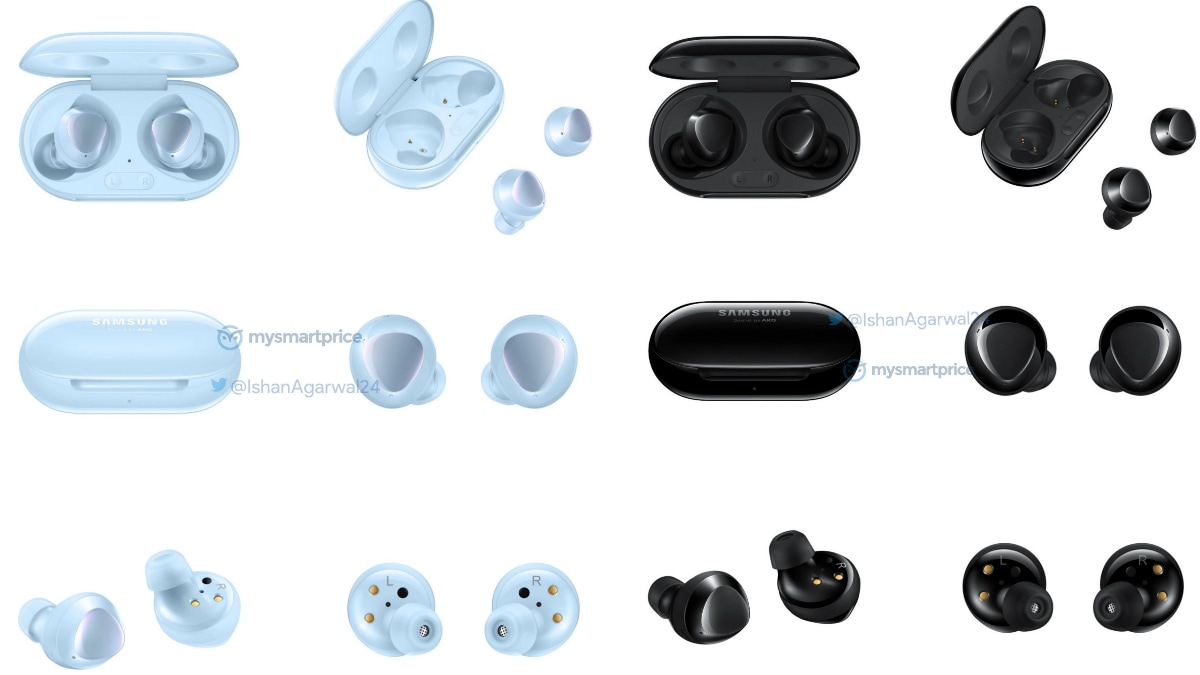 Samsung Galaxy Buds+ are expected to launch alongside the Galaxy S20 series on February 11 next month. The earbuds have now leaked in multiple renders, showing off the possible colour options and design details. From afar, the Samsung Galaxy Buds+ are seen to sport a similar design as the Galaxy Buds, retaining the shape and even the charging case design. However, subtle difference like the addition of a new colour option, and physical buttons below the indicator have been spotted.

The renders of the upcoming Samsung Galaxy Buds+ have been leaked by MySmartPrice and tipster Ishan Agarwal. The renders show that the earbuds from multiple angles, and while its overall look is similar to the predecessor Galaxy Buds, it is seen to sport physical buttons placed right below the LED indicator. The charging case is said to support wireless charging and also charge via a USB Type-C port. The renders suggest that the Samsung Galaxy Buds+ may launch in three options – Black, Light Blue, and White. To recall, the Galaxy Buds were launched last year in Black, White, and Yellow colour variants.