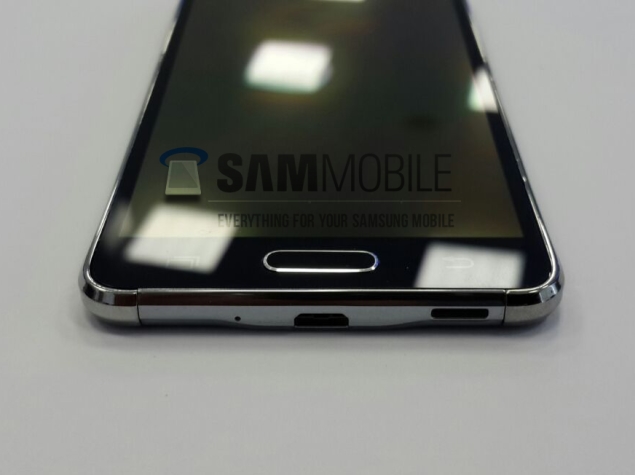 The rumoured Samsung Galaxy Alpha smartphone (aka Galaxy S5 Prime and Galaxy F) is according to reports set to be launched on August 4. The yet-to-be-announced smartphone was previously reported by a Korean website citing industry sources to be due for an August 13 launch.

On Wednesday, Sammobile - a website best known for its Samsung tips - claimed the Galaxy Alpha will be "officially announced" on Monday, instead of "mid-August as other leaks had mentioned."

The report suggests that Samsung is pushing for the early launch of the alleged Galaxy Alpha smartphone as the company will want there to be sufficient interest for its most-anticipated launch of the second half of 2014, the Galaxy Note 4 smartphone, expected to be revealed at the IFA event in September.

Earlier this week, the alleged Samsung Galaxy Alpha was purportedly spotted in a user agent (UA) profile on Samsung's support site, as well as on Samsung's developer console.

So far, the rumoured specifications suggest the Galaxy Alpha will sport a 4.8-inch (720x1280 pixels) display. Sammobile suggests it will come with Galaxy S5's fingerprint scanner, and feature 32GB of non-expandable built-in storage. While the alleged Galaxy Alpha (aka Galaxy S5 Prime or Galaxy F) was expected to be a premium variant of the Galaxy S5, the latest reports indicate it will instead fit somewhere between the Galaxy S5 mini and the Galaxy S5 itself.

The website had recently also posted images of the alleged Galaxy Alpha posing alongside the Galaxy S5.

While there is no official word on Galaxy Alpha or other variants of the Galaxy S5 yet, it is expected the rumoured premium variant will still be launched at some point after the Galaxy Alpha.

The anticipated premium variant of the Galaxy S5 is rumoured to feature a metal body with a 5.5-inch QHD (1440x2560 pixels) display to counter the LG G3. As far back as last year, reports suggested that Samsung had already started mass producing a 5.25-inch Quad-HD (1440x2560 pixels) AMOLED display. So far, other rumoured specifications of the anticipated Galaxy S5 Prime smartphone include a Qualcomm Snapdragon 805 processor, and 3GB of RAM.
Comments