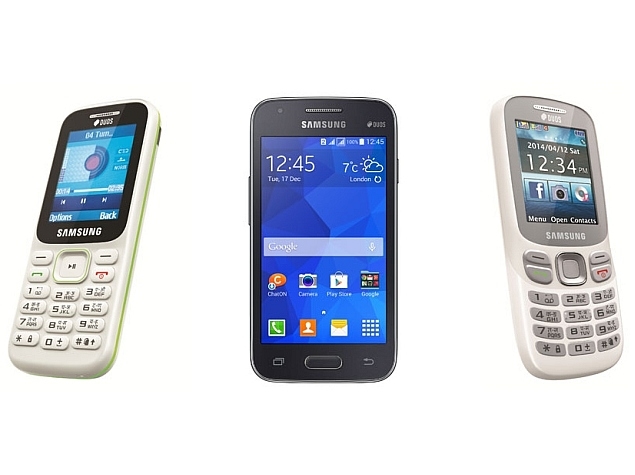 Samsung is on-a-roll with new listings of phones on its official online India store. Apart from a new Android 4.4 KitKat smartphone, the Galaxy Ace NXT, the company has also listed two new feature phones - the Guru Music 2 and Metro 312 - before the official launch. For now, none of the three phones are not available to buy, with the listings providing a 'Notify me' option for interested consumers.

On Monday, Samsung had listed the Galaxy Star 2 Plus with Android 4.4 KitKat at the same Rs. 7,335 price tag.

Starting with the listing of the Samsung Galaxy Ace NXT, we see the dual-SIM smartphone runs Android 4.4.2 KitKat out-of-the-box. It features a 4-inch WVGA (480x800 pixels) TFT display, and packs a Spreadtrum Dolphin (single A7) 1.2GHz processor coupled with 512MB of RAM. It sports a 3-megapixel rear camera with LED flash, while there is no front facing camera onboard. The 4GB of inbuilt storage on Galaxy Ace NXT can be expanded further up to 32GB (via microSD card).

Coming to the listed feature phones, the Samsung Metro 312 is listed along with the Guru Music 2 to support dual-SIM functionality, with no on 3G support by the company. Both the phones feature 2-inch TFT displays and offer an additional 16GB microSD card support. Battery capacity is 1000mAh and 800mAh respectively. While both the phones have Smart Dual SIM feature by Samsung, the Metro 312 sports a 0.3-megpixel camera in addition.