Samsung Galaxy A9 Star Spotted on Geekbench Ahead of Launch Tomorrow 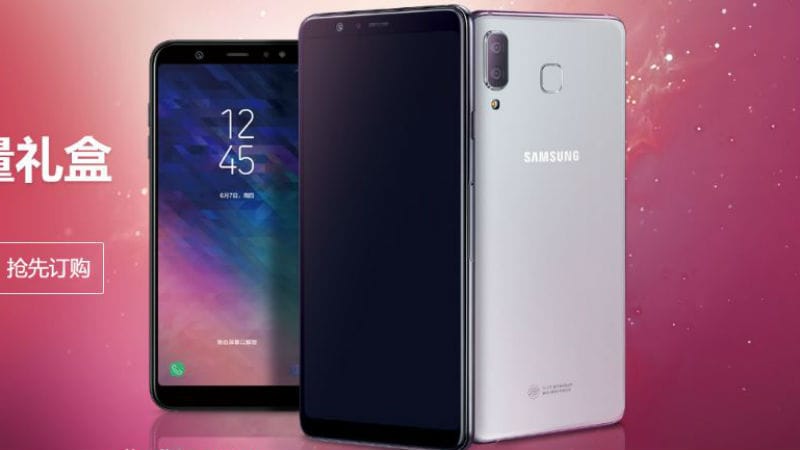 The Geekbench listing suggests that the Samsung Galaxy A9 Star (model number SM-G885F) will be powered by the Snapdragon 660 processor paired with 4GB RAM. The smartphone will run on Android 8.0 Oreo. The single-core score is at 1625, while the multi-core score is at 5776.

As mentioned, pre-booking has already begun in China. In terms of pricing, the Samsung Galaxy A9 Star has been listed at CNY 3,699 (roughly Rs. 38,600). It comes in Black and White colour variants. The Galaxy A9 Star Lite, on the other hand, has been priced at CNY 2,699 (roughly Rs. 28,200). The smartphone will arrive in Black and Blue colour models. Both the handsets are available for pre-order through Samsung online store, and will be available till June 14. The smartphones will go on sale starting June 15. There is no clarity on whether Samsung will launch the smartphones in India.

The Samsung Galaxy A9 Star sports a 6.3-inch full-HD+ (1080x2220 pixels) display with a 18.5:9. It comes with 4GB of RAM. In terms of optics, the smartphone has a dual camera setup with a 24-megapixel primary sensor and a 16-megapixel secondary sensor. It has a 24-megapixel camera at the front. The Galaxy A9 Star is equipped with 64GB of inbuilt storage. It is fuelled by a 3700mAh battery.

Coming to the Samsung Galaxy A9 Star Lite, the smartphone variant appears to differ from the other only in terms of display size, camera and battery. The handset has a smaller 6.2-inch full-HD+ display with the same resolution, 4GB of RAM, and 64GB of inbuilt storage. However, the Galaxy A9 Star Lite comes with a single 24-megapixel camera at the back as well as the front. This smartphone is powered by a smaller 3500mAh battery. More detailed specifications can be expected at launch on June 7.