Samsung Galaxy A9 Pro Price Cut to Rs. 29,900 When It Hits Flipkart This Friday 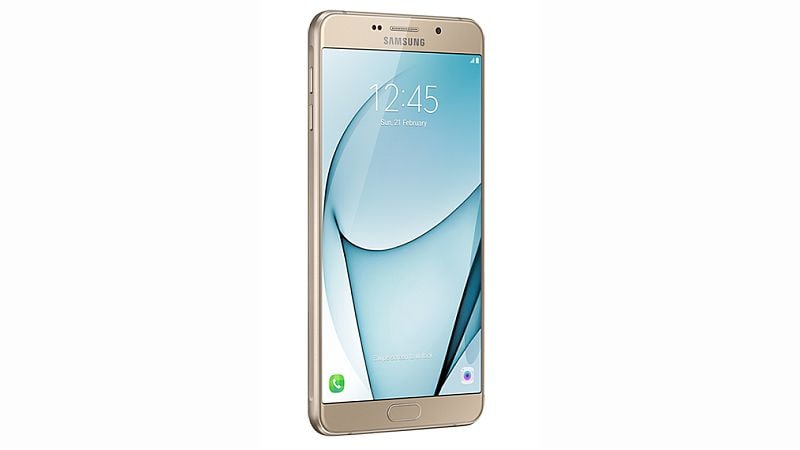 To recall, Samsung launched the Galaxy A9 Pro in India back in September. As before, it will be available to buy in Black, Gold, and White colours. The South Korean company on Friday also announced its association with Phantom Films for Bold shorties campaign, which will have a series of short films shot using the Galaxy A9 Pro on a single charge.

The highlight of the smartphone is its large 6-inch display and its 5000mAh battery. The dual-SIM (Nano-SIM) Samsung Galaxy A9 Pro runs Android 6.0 Marshmallow, sports a 6-inch full-HD (1080x1920 pixels) Super-Amoled display, and is powered by a 1.8GHz octa-core Qualcomm Snapdragon 652 processor coupled with 4GB of RAM. In terms of optics, the smartphone bears a 16-megapixel rear camera with LED flash, an f/1.9 aperture, and optical image stabilisation (OIS), apart from an 8-megapixel front camera that also bears an f/1.9 aperture. The smartphone comes with 32GB of inbuilt storage that can be expanded via microSD card (up to 256GB) with a separate slot. The Samsung Galaxy A9 Pro supports 4G, Wi-Fi 802.11 a/b/g/n/ac, Bluetooth v4.2, USB 2.0, and NFC in terms of connectivity options. Sensors on the phone include proximity sensor, ambient light sensor, accelerometer, magnetometer, and gyroscope. The company is also touting fast charging capabilities. It bears a fingerprint sensor on the home button.

The Samsung Galaxy A9 Pro was initially launched in China back last year in March.