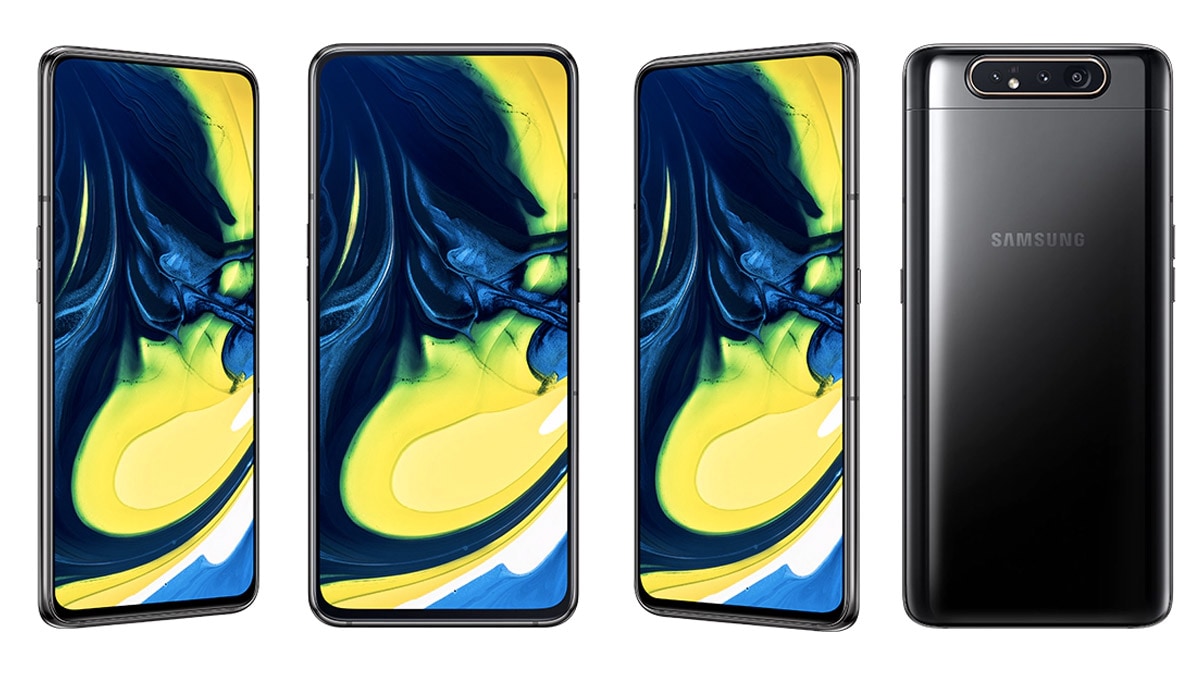 Samsung revamped the Galaxy A series earlier this year and has been steadily adding new smartphones to the series. The latest addition in India is expected to be the Galaxy A80. This smartphone was revealed alongside the Galaxy A70 back in April but is expected to make its way to India in the next few days. The Galaxy A80 is the first smartphone from the South Korean smartphone maker to sport a rotating module, and this houses three different camera sensors with the primary one being a 48-megapixel sensor.

The Samsung Galaxy A80 has been listed on the Samsung India website, detailing specifications and features, hinting that an India launch is imminent. A 'Notify Me' page, to give customers notifications surrounding the smartphone's launch, is also present. This comes soon after a recent report claimed that the Galaxy A80 is expected to launch soon in India. The company itself had confirmed the Samsung Galaxy A80 would be launched in India in May, so it's overdue with the formalities.

The company had back in April revealed the Samsung Galaxy A80 price in India would be in the Rs. 45,000 to Rs. 50,000 price segment. At its global launch event in Thailand earlier in the month, the company gave the smartphone a price of EUR 649 (roughly Rs. 50,500).

The Samsung Galaxy A80 sports a 6.7-inch full-HD+ Super AMOLED display which the company refers to as the New Infinity Display. Since it has a rotating camera module that doubles up as a selfie camera, there is no notch on the display. Interestingly, the display also houses an in-display fingerprint scanner which can be used to unlock the smartphone.

Samsung has picked the octa-core Qualcomm Snapdragon 730G SoC to power the Galaxy A80. The new smartphone will come in one variant only with 8GB of RAM and 128GB of storage. It runs on Samsung One UI on top of Android 9 Pie.

The Galaxy A80 packs in a 3700mAh battery and gets a 25W fast charger in the box. It has a USB Type-C port at the bottom but the phone misses out on a 3.5mm headphone jack. The highlight of the Galaxy A80 is undoubtedly the rotating camera module. This module houses a 48-megapixel primary sensor with an f/2.0 aperture, an 8-megapixel ultra-wide camera, and a 3D depth camera.

You can also check out our first impressions of the Samsung Galaxy A80 while you stay tuned for more details on the upcoming Galaxy A80.

Motorola One Vision India Launch Expected at June 20 Event
The Office Trailer: Hotstar’s Indian Remake of UK Original Is More Like the US One