Samsung Galaxy A90 Will Allegedly Launch as Galaxy A80, How to Watch Launch Live Stream 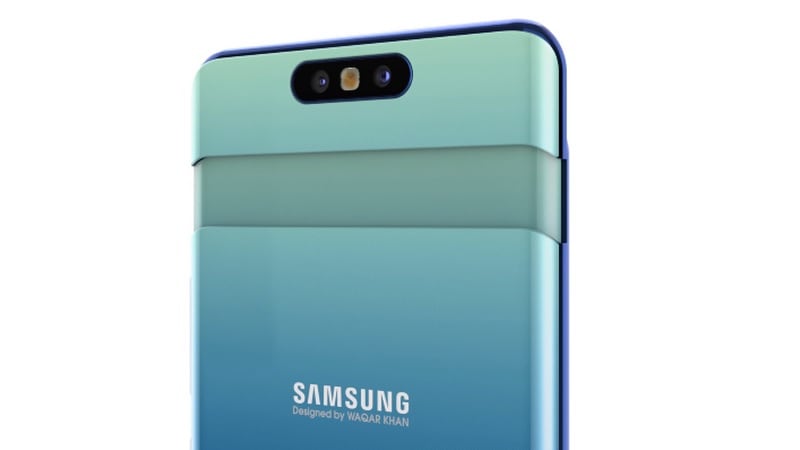 Samsung's Galaxy A-series event that's about to take place on April 10 is getting a slew of conflicting reports and rumours. A new one suggests that the Galaxy A90, which is rumoured to headline the event tomorrow, may in fact be launched as the Samsung Galaxy A80. Along with that there are also rumours of the Samsung Galaxy A70 and the Galaxy A40 to make their debut as well. The Galaxy A event will be held concurrently in Bangkok, Milan, and Sao Paulo.

As per a report by Dutch site Mobielkopen, Samsung has accidentally confirmed the name Samsung Galaxy A80 for the phone with the sliding-rotating camera that was earlier rumoured to be the Samsung Galaxy A90. The phone was also found in a benchmark report that indicates that it may have a 20:9 aspect ratio display, with a resolution of 1080x2400 pixels.

From the numerous leaks so far, the Samsung Galaxy A80's main camera is said to be a 48-megapixel unit with f/2.0 aperture, assisted by an 8-megapixel camera with f/2.4 aperture and a ToF camera. The rotatory camera will reportedly allow the device to adopt a design without a notch or a hole punch, or as some leaks call it, the New Infinity Display.

It's reportedly powered by the Qualcomm Snapdragon 7150 SoC and will come with a battery capacity of 3,700mAh, with support for 25W PD fast charging. The phone is said to use screen vibrating technology to produce audio, as there is no physical speaker spotted in the leaks. We will only have the final details once the phone goes official at the Galaxy A-series event on Wednesday.

We would also be getting official pricing and availability information on the earlier launched Samsung Galaxy A70. It has already been confirmed that the phone features a 6.7-inch full-HD+ (1080x2400 pixels) Super AMOLED Infinity-U Display with 20:9 aspect ratio. The phone is powered by an octa-core processor paired with 6GB and 8GB RAM options. Internal storage is at 128GB with the option to expand further via microSD card (up to 512GB), with a dedicated slot.

The Galaxy A70 packs a 4,500mAh battery with support for Super-Fast charging at 25W, and it comes with an in-display fingerprint sensor.

Finally, we'll also be seeing the launch of Galaxy A40. It's said to come with a 5.9-inch full-HD+ (1080x2280 pixels) Super AMOLED Infinity-U Display. The phone is also powered by an octa-core Samsung Exynos 7885 SoC, paired with 4GB of RAM.

For photos and videos, the Samsung Galaxy A40 has a dual rear camera setup that includes a 16-megapixel primary sensor along with an f/2.0 lens. There is also a 25-megapixel camera at the front.

As we mentioned the Galaxy A event will take place on April 10 in Bangkok, Milan and São Paolo at 5:30pm IST. You can watch the event live at news.samsung.com/in/ or news.samsung.com/bharat. Notably, Samsung this week confirmed that it is replacing its budget Galaxy J-series of smartphone with the Galaxy A-series, ending the overlap in price segments.