Samsung Galaxy A72 was among the nine names that Samsung reportedly trademarked back in January. 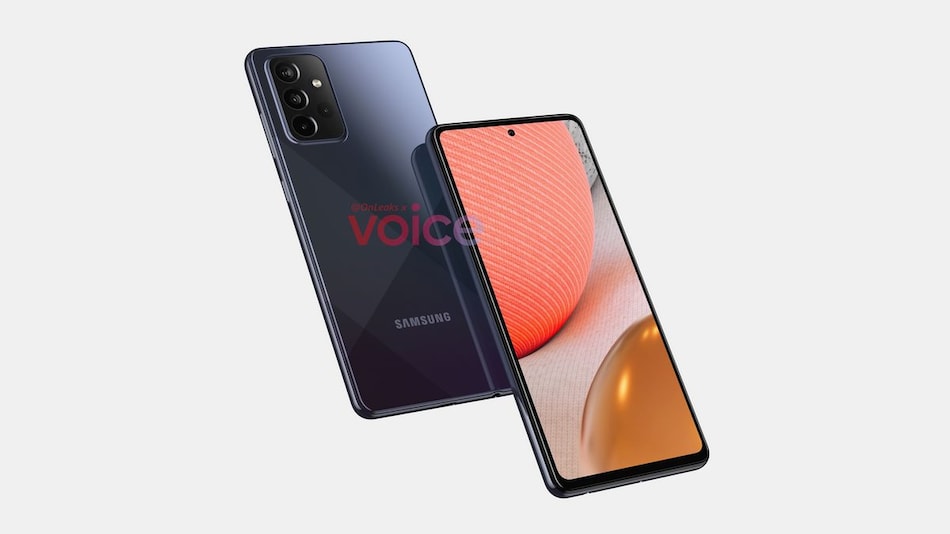 Samsung Galaxy A72 may feature a 6.7-inch display

Samsung Galaxy A72 is expected to launch early next year and alleged renders of the phone have now surfaced. It seems to come with a similar design as the Galaxy A52, the renders for which were recently shared as well. The Galaxy A72 may come with a quad rear camera setup, once again refuting original claims of the phone having a penta-camera setup. The phone is also expected to have a glastic and aluminium build. As of now, Samsung has not officially shared any information on the Galaxy A72.

The renders for the rumoured Galaxy A72 were shared by tipster Steve Hemmerstoffer, aka OnLeaks, via Voice. They show the phone from various angles, sporting a flat display with a hole-punch cutout for the selfie camera. The cutout is located in the middle and not in a corner. A quad rear camera can be seen in the renders as well, that falls in line with the most recent report. Originally, it was rumoured that the Galaxy A72 will be Samsung's first phone to feature a penta-camera setup on the back.

Hemmerstoffer states that Samsung Galaxy A72 will feature a glastic back panel with an aluminium frame. It will come with a 6.7-inch display and the phone seems to have a 3.5mm headphone jack, a USB Type-C port, and a speaker grille at the bottom. The tipster adds the purported phone measures 165x77.4x8.1mm. The rectangular camera module on the back has a slight bump just like the Galaxy A52 and houses the flash within the module. With the camera bump included, the phone is expected to be 9.9mm thick.

Overall, the Galaxy A72 has a very similar design to the rumoured Galaxy A52 that is also expected to launch next year. Back in January, Samsung reportedly trademarked names for nine A-series phones and both the Galaxy A52 and Galaxy A72 were among them.