Samsung Galaxy A72 and Galaxy A52 are said to differ in display size and battery capacity. 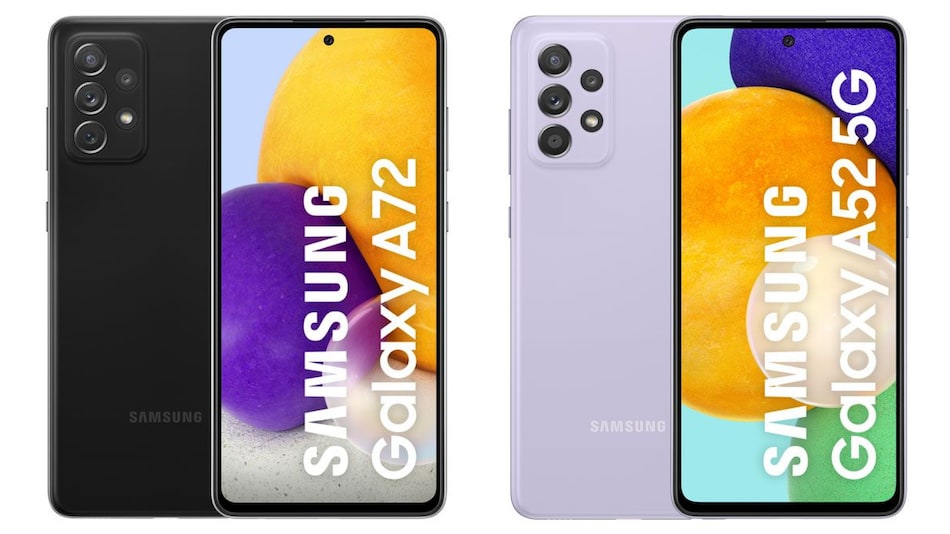 Samsung Galaxy A72 is reported to support 3x optical zoom

The design of the two phones seems to be identical with quad cameras at the back and an Infinity-O Display with the cutout placed in the top centre. The Samsung Galaxy A72 and Galaxy A52 are reported to be IP67 certified for dust and water resistance up to a depth of 10 metres for 30 minutes. The phones are said to support OIS and feature a Super AMOLED full-HD+ display with 800 nits of peak brightness. The battery packs of the handsets are expected to last for up to two days. Samsung could also introduce an exchange offer for more discount with the launch of the new phones.

Renders leaked by Blass suggests that the Samsung Galaxy A72 and Galaxy A52 may come in White, Black, Grey, and Light Blue colour options. The leaked marketing material of Samsung Galaxy A52 suggests an octa-core processor on board paired with 6GB of RAM. It is tipped to offer 128GB of storage with the option to expand it further (up to 1TB) using a microSD card. There is expected to be a quad camera setup with a 64-megapixel main camera with an f/1.8 aperture and OIS, a 12-megapixel ultra-wide-angle camera with an f/2.2 aperture, and 5-megapixel macro and depth cameras with f/2.4 apertures. It is listed to support 5G as well.