The update for Samsung Galaxy A70 in India will reportedly improve video recording in the camera’s Super Steady Mode. 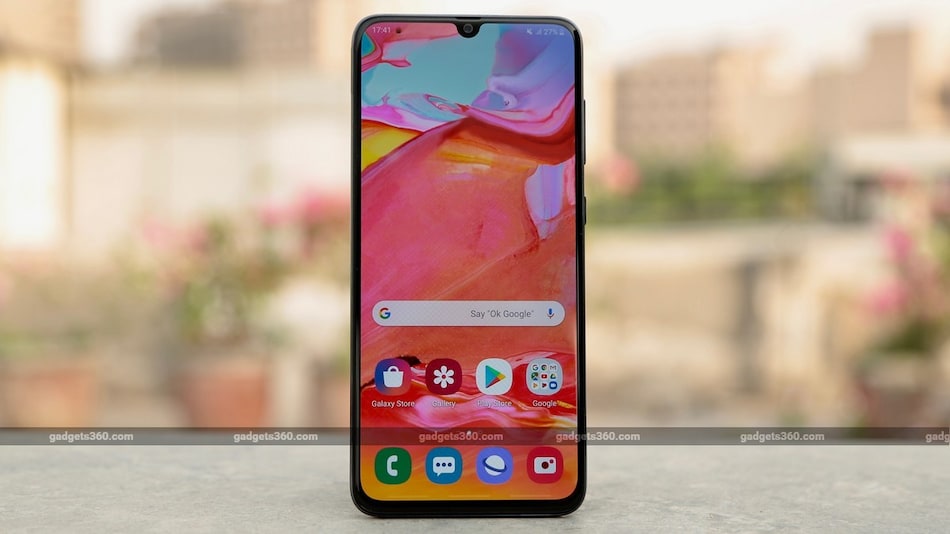 With the One UI.2.5 update, it'll be easier for Galaxy A70 users to request Wi-Fi passwords

Samsung Galaxy A70 has started receiving the One UI 2.5 update in India according to a report. Samsung Galaxy A70 devices in Ukraine had received the update last week and it now seems to be rolling out to devices in India. The One UI 2.5 update reportedly brings with it the November 2020 Android Security Patch. Besides the usual One UI 2.5 additions, the report states that the update will also improve video recording in the camera's Super Steady Mode.

As per a report by SamMobile, the One UI 2.5 update for Samsung Galaxy A70 in India carries the firmware version A705GMDDU5CTK4. It weighs around 1.23GB. You can download the update by tapping on the notification once it comes to your phone. If you haven't received a notification yet, you can go to Settings > Software update > Download and install to check and install the software.

The Android 10-based update for Samsung Galaxy A70 will bring stability improvements to GPS according to the report. The changelog also reportedly mentions better compatibility with third-party apps although it is unclear which third-party apps this will apply to.

The update brings to the smartphone One UI 2.5 additions, such as Bitmoji stickers for the Always On Display and a new Split Keyboard mode when the Samsung Keyboard is in landscape mode. With the One UI 2.5 update, Samsung Galaxy A70 users will reportedly also have access to new information while connecting to Wi-Fi networks, especially about the quality of the connection. It will also be easier for Galaxy A70 users to request Wi-Fi passwords now.