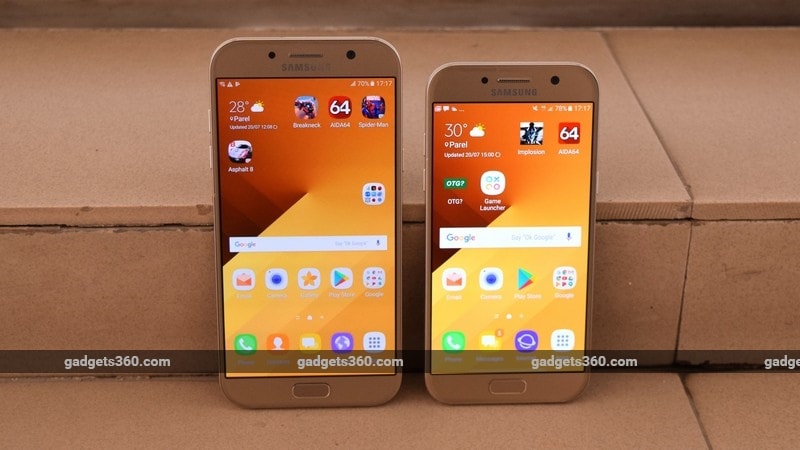 The Samsung Galaxy A7 (2017) and Galaxy A5 (2017) have received permanent price cuts in India. The company on Friday announced the price revision for A-series phones.

The highlight of Galaxy A7 (2017) and the Galaxy A5 (2017) smartphones are their Galaxy S7-style design, cameras with low-light optimisation, a simplified camera UX, as well as their IP68-rating for dust and water resistance, which Samsung claims is a first for the price segment.

Talking about common specifications and features - the Galaxy A5 (2017) and the Galaxy A7 (2017) smartphones both come with 32GB of inbuilt storage that's expandable via microSD card (up to 256GB), a fingerprint scanner (placed on the home button), an Always on Display, a USB Type-C port coupled with a 3.5mm audio jack, Samsung Pay support, as well as the presence of features like Samsung Cloud and Secure Folder. Both smartphones are powered by a 1.9GHz octa-core SoC coupled with 3GB of RAM, and both sport a 16-megapixel rear camera with LED flash and an f/1.9 aperture, as well as a 16-megapixel front camera with an f/1.9 aperture.