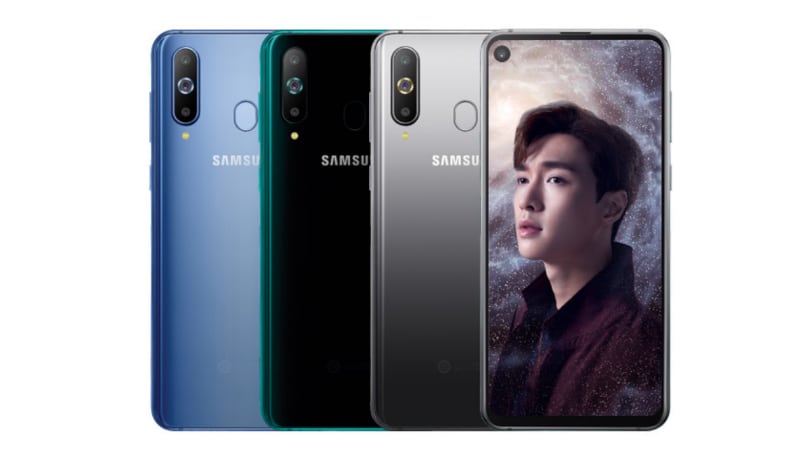 Samsung is about to rejig its entire smartphone portfolio in 2019, so be prepared for a bunch of new naming conventions as well as a whole lot of confusion. So far, we've learnt the its Galaxy A-Series will now have double-digit titles and we are expecting up to nine smartphones in this series, ranging from the Galaxy A10 to the Galaxy A90. Now, fresh rumours have popped up which suggest the arrival of a Galaxy A60, which is said to arrive in April 2019. Other than the name, we don't have any other details at this point but going by the name, we can expect it to sit between the Galaxy A50 and the Galaxy A70.

Rumours about the Galaxy A60 comes via a tweet by a member of a German technology website Samsung Mobile News, who also claims that the Galaxy A60 could also be launched as the Galaxy A8s Lite, and that the phone is expected to launch in April. Samsung launched the Galaxy A8s in December 2018, in China with an Infinity-O display, a 6.2-inch display, Snapdragon 710 SoC, and a triple rear camera. If the Galaxy A60 is indeed a ‘lite' version for the A8s, then we could expect some cuts to the SoC or the resolution/ quality of the camera sensors.

A report also suggests that the new Galaxy A-Series is being developed by Samsung's Chinese design team, exclusive for that market. As for pricing, we could expect the Galaxy A60 or A8s Lite to be priced at roughly Rs. 25,000, which should replace the current Galaxy A7 (2018) (Review), since the Galaxy A8s is costs about CNY 2,999 (roughly Rs. 30,500).

The leaks and rumours thus far suggest that Samsung's Galaxy A-Series will feature in-display fingerprint sensors, a ToF 3D sensor, dual or triple rear camera setups, and Infinity-O display to name a few. The company's entire lineup will move towards Samsung's new Infinity design language, which include the Infinity-V, Infinity-O, Infinity-U, where the letters point to the shape of the cut-out in the display for the front camera. This was unveiled during Samsung's Developer Conference, late last year.

While the new Galaxy A-Series makes up the mid-range segment, Samsung will also be introducing a new M-Series will cater to the mainstream and entry-level segments, with prices rumoured to be starting as low as Rs. 9,500. Samsung has confirmed that the M-Series will launch on January 28 and recent teasers on Amazon India's homepage confirms that the phones will sport the Infinity-V displays. As for its flagships, Samsung will be keeping the S naming scheme and the Galaxy S10 is set to launch on February 20, a few days before the Mobile World Congress 2019 kicks off in Barcelona.