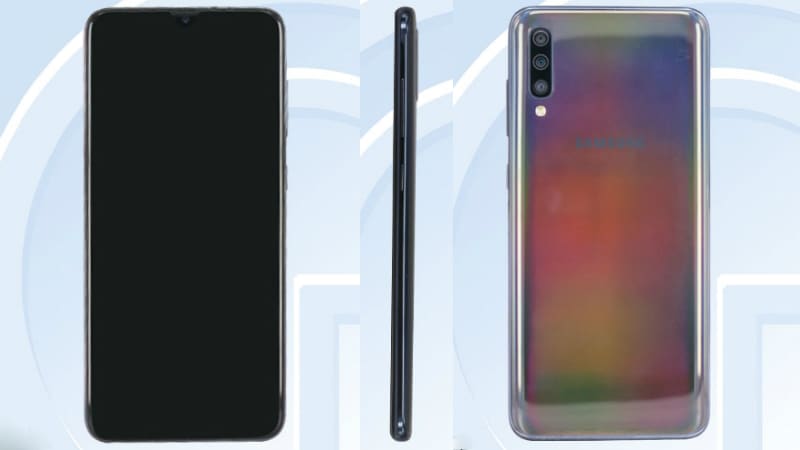 Samsung Galaxy A70 appears to have an in-display fingerprint sensor

The Samsung Galaxy A70, on the other hand, is found to have an Infinity-V or Infinity-U Display. There is also the absence of a fingerprint sensor that points to an in-display fingerprint sensor. Furthermore, a gradient finish is available at the back panel.

In terms of the specifications, a TENAA listing specifying the Galaxy A70 with model number SM-A7050 reveals that there is a 6.7-inch display onboard. The handset also appears to have a 4,400mAh battery and measures 164.2×76.7×7.9mm.

One thing that's apparently common on both Galaxy A60 and Galaxy A70 is the presence of a triple rear camera setup. However, we are yet to know the camera specifications of both new models.

In other news, popular tipster OnLeaks has claimed that the Samsung Galaxy A90 will come with a 6.73-inch display -- sporting 1.2mm top and side bezels and a 3.6mm chin. The phone is also expected to have 25W fast charging support.

Recently, a Samsung website had revealed that the Galaxy A90 will come with a notchless display.

Samsung is hosting press events in Bangkok, Milan, and Sao Paulo on April 10 where the company is expected to unveil the Galaxy A90 and a new affordable model rumoured as the Galaxy A40. The same press events are also likely to be the place where the South Korean giant will announce the Galaxy A60 and Galaxy A70 phones.